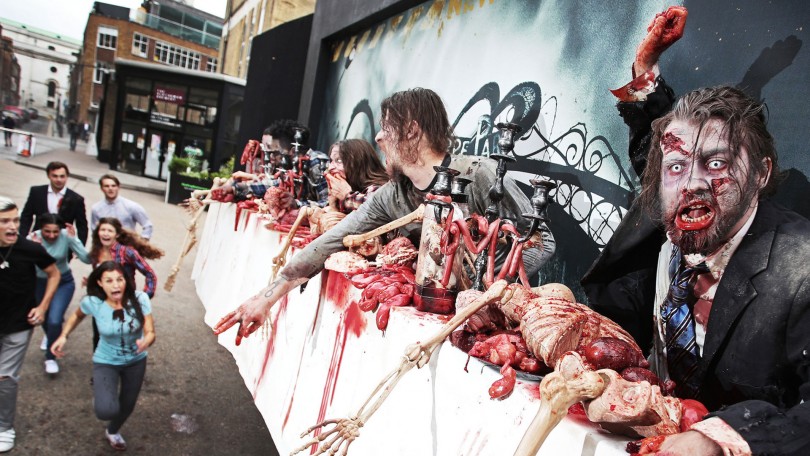 It’s finally happened, the zombie horde is invading Fright Nights at the THORPE PARK Resort with AMC’s The Walking Dead. But it’s even better than that, it’s not just one maze you’ll get to battle through, but two!

Within The Walking Dead: Living Nightmare, you’ll witness first-hand some of the terrifying scenes from the televisions series, including the world’s first live-action inclusion of season seven content. Will you fall mercy to Negan?

While in The Walking Dead: Sanctum, under the night’s sky you’ll follow the footsteps of fellow survivors. Who knows what you may bump into!