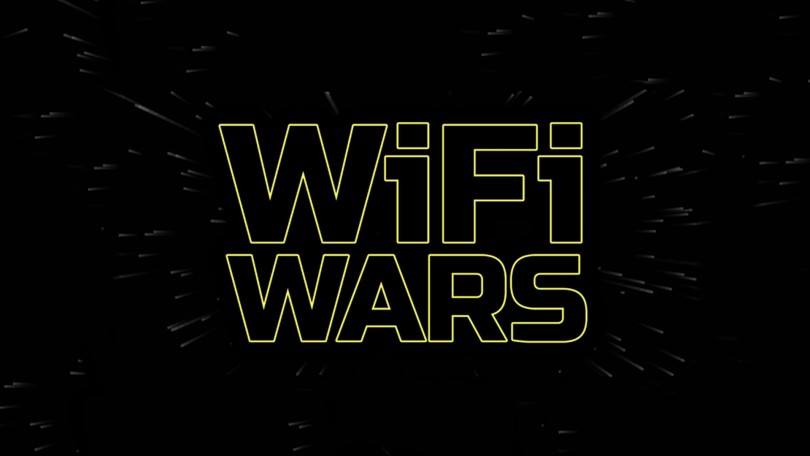 Evolving from drunk comedians attempting to play video games in a tiny room at the top of the Pleasance Dome, Go 8 Bit has now developed into a Guinness World Record Breaking show with two series’ on Dave presented by Dara O’Brian. WiFi Wars is the sister of this, with the same masterminds behind it!

Make sure your phone is charged, because you are part of the show. Logging in via your phone’s browser, you’ll be split into two teams and spend the evening battling for points. Every year the technology evolves, this time we got to test out two new games (which we’re not sure if we can speak about – but the first one was specifically awesome despite the bugs).

Not only is Steve McNeil a great host making everyone feel welcome, but Rob Sedgebeer is a genius by producing all of this ever-growing tech. WiFi Wars was probably the only show in Edinburgh going on past midnight where 75% of the audience were sober.  If you’re a regular reader of our site, then this is the kind of show will be your jam, it’s your people!

This was a one-off event, but Wifi Wars Presents… Space Escape! (Secret Show) is on tonight (12th Aug) at midnight taking place at the Pleasance Dome.