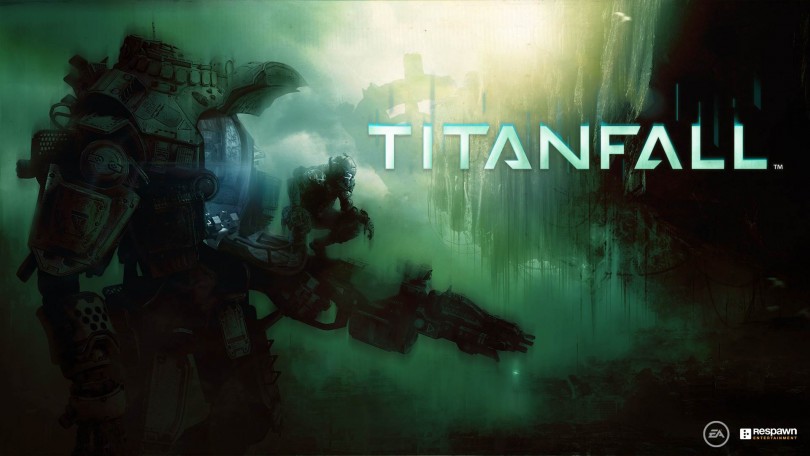 Titanfall combines the basics of an FPS like call of duty with mech-bots and free running, allowing the player to access every part of the map and not be limited to the ground, with wall running and extended jumping this is achieved and from what I’ve seen has meant a more free and opened experience while playing,. The game offers 6 vs 6 games with players (pilots) being partnered up with AI bots who have very weak health and seem to be there just a cannon fodder, with the maps being very open they are a great addition as it feels like you are never out of the action with finding enemy’s everywhere on the map. With no dedicated campaign this game relies on multiplayer to sell the game, the development team have been able to focus on this alone meaning for hopefully a better experience.

This game has been developed by Respawn entertainment and is their first title. Some team members have worked on previous triple A titles like  Call Of Duty: Modern Warfare 1 and 2 and decided to open their own studio and make Titanfall.

The multiplayer puts you into 6 vs 6 game modes, ranging from simple TDM to last titan standing which is a fun take on the popular search and destroy of previous titles. The game modes included are all team based meaning in order to get the win playing as a team is key. Filling the maps with AI players is what keeps you in constant action when playing. The much talked about titans are earned through killing enemies, playing objectively or using burn cards. Each player starts off with a 4 minute timer which counts down until when you can call in a titan, once in you can with control it or let it roam the map on its own. These titans add a great new element into the game which without them would simply be 6vs 6 on huge maps.

Titanfall doesn’t have a separate campaign and is instead a feature of the multiplayer, by including cut scenes at the beginning, events during and more cut scenes after an online match the game creates a bit of a simple background story while playing the game. This is a nice feature although one which only takes about 7 matches to complete and depends on if your team wins or not, most people I’ve talked to say that they are only playing this to unlock two types of titans which are locked and only available through playing this.

This poor campaign could be due to the development team solely focusing on the multiplayer within the game, seeing it as the main feature and what should be worked on the most. A full campaign would have been a nice feature, especially with this being a completely new game within a new universe where nothing is known, hopefully if Titanfall gets a sequel this will be created.

The game launches with 15 big maps which are pretty much all access with the use of the wall running and double jump ability. The maps to me look great, they show off a nice range of different worlds within this universe and as I mentioned are access all areas as long as you know how to jump. With the feature of the AI’s I never find myself out of the action, even if they are an easy target always having something to shoot at is good.
The maps are well designed, with great integration of the free running aspect where in some maps you can even get from one side to the other without actually touching the floor, this kind of game mechanic has led to some great moments of getting around opponents and getting the shot on them.

By merging both pilot and titan combat within the same map certain things have had to be done to make sure both can get around freely within the map, I feel the map designers did a fantastic job at this, by essentially making two maps in one with these where both pilots can roam around freely and where titans can get around without feeling completely squashed. The maps don’t feel too big when playing as a pilot and not too small as a titan. Hopefully with the DLC that comes out in the future they can continue to bring great fun maps exploring more of the Titanfall universe.
My favourite map would have to be angel city, being the first map I played back in the beta I still find is very fun, with great places for both close quarters and long range combat, it also can be very fun in a titan wreaking havoc on everything in the way.

Titanfall doesn’t offer the greatest choice of weapons, what I mean is it has a basic set, one or two from each sub-category like assault rifles and shotguns. It also doesn’t offer the greatest range of attachments. Although these are true its balance is very fair in my opinion, what there is at the moment is very fun to play with, as for attachments, is would be nice to have a greater selection but what there is is what I’d normally use within games.

One great new weapon that has attracted my attention is the smart pistol, this weapon will lock on to an enemy leaving the player to simply pull the trigger, this gun is something I’ve only imagined as a hack for other games but is an actual gun in this game, it is great for taking out AI but when it comes to players is can require some time to lock on and then 3 hits to kill and opponent meaning it’s not the great weapon.  Along with the usual primary and secondary this game allows each player to carry and anti-titan weapon, normally something explosive that has adds some balance to fighting titans, although some skill is needed to get around a titan and put enough shots into it, when you get the kill it can be very satisfying.Some weapons have upgraded versions which are available through burn cards and are very powerful and if used correctly can stack up a tally of kills.

It’s not been made clear whether there will be DLC weapons coming to Titanfall, it would be nice to get new weapons in the game down the line, it will add something fresh to the game.

Something I was not aware of until the beta, these can be earned through playing matches and give a player the ability to obtain a weapon or power for one life, and these can be equipped in game and last for one life. A few fun ones I’ve found are ungraded sniper, spawn in a titan and even can grant double XP. You can hold on to 3 of these per game, make sure to use them as they fill up pretty quick and you can only hold 30 of these in your deck meaning it’s a good idea to use or delete them if they start filling up. I have found a great mix of these when playing the game, finding the double XP ones really fun especially in a titan where going on a rampage is a lot easier.

The main selling point for this game even from the start was the element of the titans. Mech-bots which can be piloted by either player or are left up to the AI to control. These can destroy anything in their path and are a great feature within this game.

There are three types of titans, the atlas, ogre and stryder. They each have a different type mobility speed, shield duration and core effect. Here is a quick list of these.

Atlas, mid mobility and mid shield with a damage core

Ogre, low mobility with high shield with a shield core

You can also chose between 5 weapons a secondary set of missiles and some perks. One of these being nuclear reaction where if your titan gets destroyed it will explode destroying anything in tis path. There are some great combo’s to be made when picking between these titans.

There is some potential for more titans or weapons to be added later on with DLC. At the moment my favourite class is atlas titan with triple threat weapon and multi-targeting missile system. This combo is deadly and is very fun to play with.

This game does have some issues which has put some people off getting it, these have also led to the term “COD killer” being taken back from those who hyped this game up back at last years E3. The first of these is major being that the game isn’t available on the PS4. By limiting this game to Xbox one and PC only this has split the community and made the decision even harder as to whether to get a PS4 or Xbox one, leaving out a huge chunk of the community seems like a stupid move but one which has been done here.

Some other issues with the game include not having private games and pretty poor team balance, no actual campaign, an FPS lock on PC, I’ve also heard stories of FPS drops in some levels on the PC, not sure what exactly is causing this though, mine has been fine.

Some of these issues are just things that could be patched in the future hopefully and won’t impact the game too heavily.

I am still very happy with Titanfall, It has brought some new elements together which are very enjoyable. This game hasn’t left me ranging over a death and wonder how I died as some other games do. I have put a good 10 hours into this now which isn’t the greatest amount of time but it’s enough to get used to the very fast game play and constant action which comes with this game. It is surprising how even on 6 vs 6 on huge maps with AI you are almost never out of the fight.