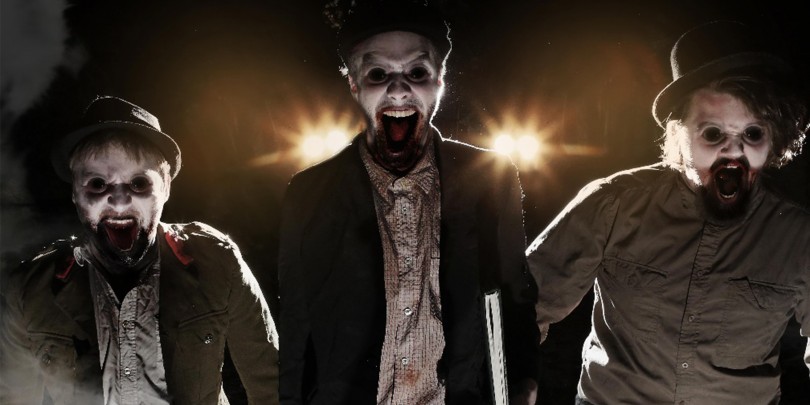 Ever since Secret Cinema‘s 28 Days Later took place earlier in the year, we’ve been dying for another horror attraction to keep us entertained, and Thorpe Park‘s 15th Year Anniversary of Fright Nights looks to be hitting that spot!

There’s a grand total of five mazes to explore throughout the night (plus one more special experience we’ll come onto later). First up, the well timed Blair Witch experience makes a triumphant return with brand new scenes to endure, along with Fright Night favourites, Cabin in the Woods and Saw Alive: The Maze, all with added evil! The Big Top will ensure all clown-phobias are exercised and the brand new Platform 15 will make you’re journey home that bit more scarier!

Also, Thorpe Park is dipping their toe back into escape rooms with Containment. In groups of ten, you’re set the task of escaping four locked haunt rooms (this is an extra paid for experience, costing £10/person).

As always, the theme-park’s flagship rides will be available to ride throughout the night in the dark, including Stealth, Colossus, Saw: The Ride, Nemesis and Swarm. You may also be tempted to stay overnight at the Thorpe Park Shark Hotel (mind you, it’s at your own risk!).