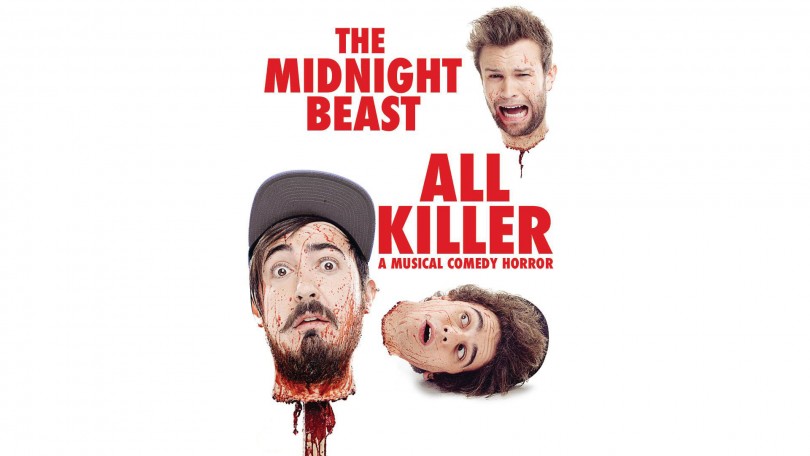 The Midnight Beast: All Killer tells the story a theatre group’s antics with teenage angst filled throughout. The songs are cheesy but catchy, perfectly carrying through the narrative. The cast also pull off enough of a performance for the hour to fly by, although with five in the cast, it does feel like certain characters get shoved to the side. It’s generic and doesn’t’ stand out from the crowd even with the cliche plot twist, but there is something there.

With this as their Fringe debut, you can’t help but feel that a show full of The Midnight Beast’s original hits would of gone down a storm, but they’ve taken a risk which hasn’t necessarily worked as well as it could of. Die-hard fans will get something from this, but apart from that it’s all rather “just okay”.

The Midnight Beast: All Killer is on at 8.30pm everyday at the Pleasance Courtyard until the 28th August