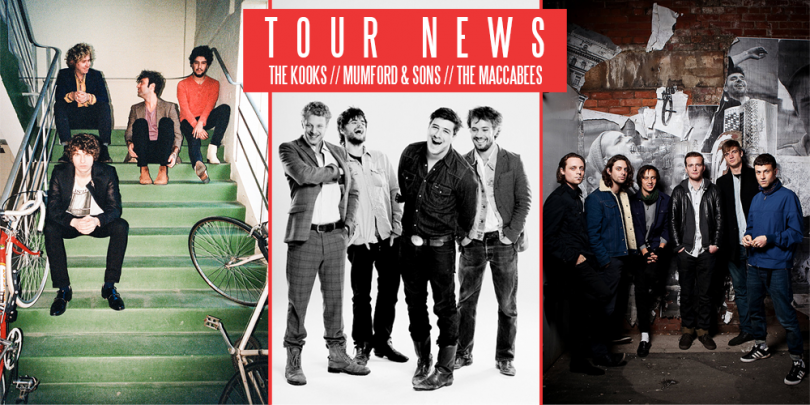 It’s fresh out of festival season which means only one thing, tour announcements! This time it’s a glorious triple bill of three favourite bands of ours; The Kooks, Mumford & Sons and The Maccabees.

First up is indie-heroes, The Kooks. They’ll be returning to Kent for the first time since 2009, playing at Folkestone‘s Leas Cliff Hall on Monday 14th December 2015, other dates include the Southampton O2 Guildhall and the The Forum, London. The full list of dates are below.

Tickets can be purchased by visiting: www.seetickets.com/tour/the-kooks.

Next up, following their recent headline slot at Reading and Leeds Festival, Mumford & Sons! Returning to The O2 following their awe-inspiring shows, but this time with added guitars! They’ll be stopping off at all the places below.

Tickets can be purchased by visiting: www.mumfordandsons.com.

Finally, The Maccabees will also be heading out on the road throughout including a date at Southampton’s O2 Guildhall on Tuesday 24th November 2015. This will be a gig you wont want to miss!

Tickets can be purchased by visiting: www.themaccabees.co.uk/live-dates.