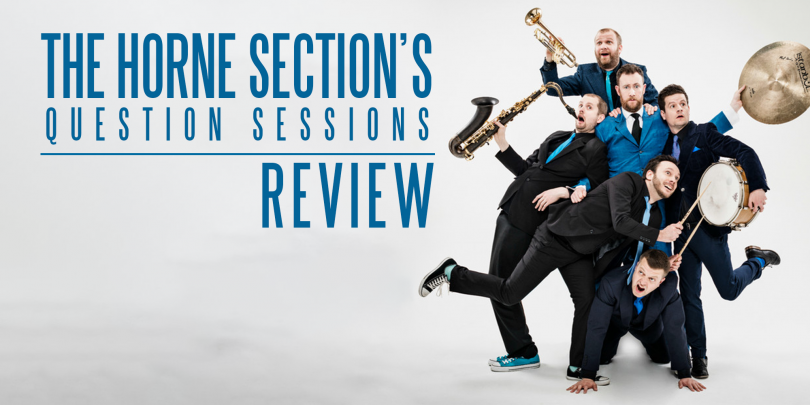 This is the biggest change of format from previous years, rather than a set show with two guest spots, it’s now a quiz, who doesn’t love a quiz? Each night sees two guest comedians being pitted against each other in the fiercest of all challenges, for our showing, it was Henning Wehn and Paul Sinha.

The show is chaotic, but in a brilliant way. There’s so many things we’d love to talk about but the surprise of them happening unexpectedly is part of the joy (especially an activity beginning with “Z”).

The only downside is that because the guest comedians are at the forefront of the show throughout, there’s less of Alex Horne and his band which is a great shame. This could easily spin off into it’s own thing in the future to run alongside standalone shows.

Due to the show being lead and shaped by the guest comedians, this offers so much diversity within the contents to see again during it’s run, something that i’ll be doing in the next few weeks!

“The Horne Section’s Question Sessions” is on at 10:40pm at the Gilded Balloon until the 29th August 2015. For more information including tickets, click here.