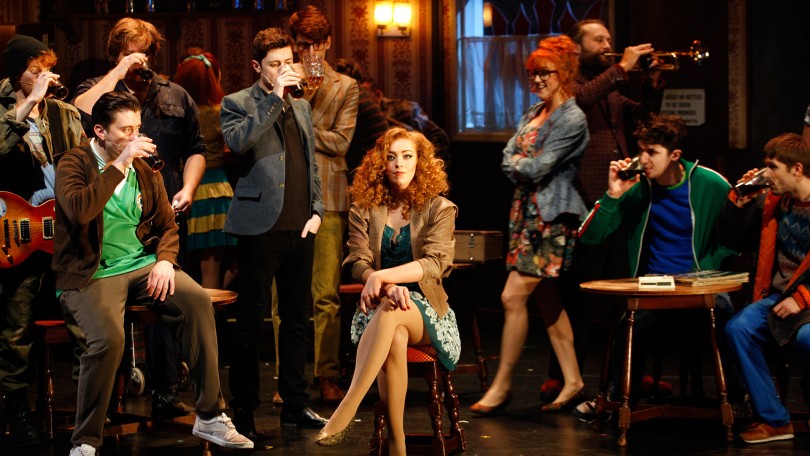 Reviewed on 20/03/17 at the Marlowe Theatre, Canterbury

Bringing a beloved film which locks in memories of an era to the masses can be hard to replicate on stage, but more importantly the approach to how this is done is crucial to it’s success, so we sat down in Canterbury’s Marlowe Theatre to see the 1991 classic come to life.

The cast are something to be celebrated, Andrew Linnnie brings the witty charm of Jimmy to life, Brian Gilligan fully invests in becoming Deco and the trio of The Commitmentettes are equally enjoyable to watch on stage as on screen. Married with the talented ensemble is a set that feels rightfully tired and used, something that perfectly reflects the surroundings of the film, with stage-techs blending in with punters, and the smell of burning fuel wafting through the auditorium.

However, the lack of a plot is incomprehensible, and given the film laid out a perfect structure for it to follow – it’s even more infuriating. For this wouldn’t be so bad if it committed to being a jukebox musical, but it doesn’t. The other disappointing aspect is that the musicians aren’t all playing live on stage, given the success of School Of Rock: The Musical, this could of been the icing on the cake, but it’s gleamed over – without the excuse of the plot being the most prominent piece.

The show is gracefully saved by it’s encore, it’s here where The Commitments really shows what could of been. The audience is raving, the cast is on a high and everyone is down for celebrating with a few of their favourite songs.