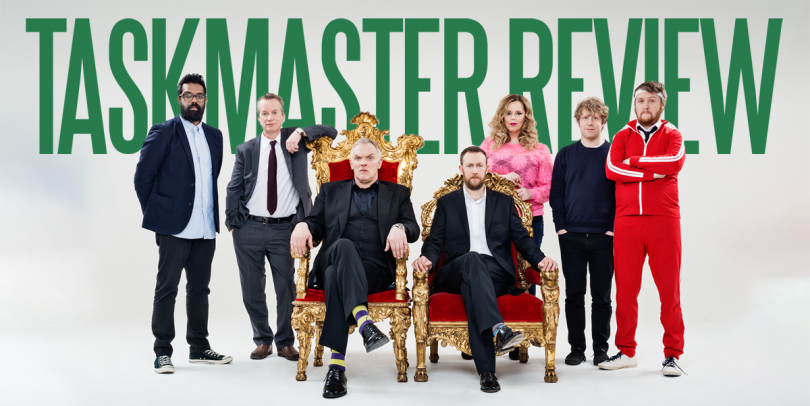 Reviewed based upon episodes one to three.

In a world where comedy on UK television is largely represented by generic panel shows, out of the wind comes something different and oh boy is it good.

Taskmaster is what it says on the tin, Greg Davies setting a series of tasks. He is joined by Alex Horne, the original creator of the show which debuted at the Edinburgh Fringe a few years ago, he’s set up as Davies’ sidekick, the man on the ground as such. It would be nice to see Horne have more on-screen interaction, as the moments we get later on in the series prove that he’s brings something special to the show, not only from behind the scenes.

It’s clear that the cast facing the Taskmaster has been carefully thought through and it works, something which was crucial to the enjoyment and fluidity of the show. The star and curveball is Tim Key, the amount of laughs and joy he brings to the show is much appreciated, he’s the “character” that thinks outside the box, this is complimented by personalities such as Frank Skinner who takes a step back and views the task from a different viewpoint then there is Romesh Ranganathan who sees things a little too late, also on the panel is Josh Widecombe and Roisin Conaty.

The show as a whole has some fat around it which I’m sure will easily be left behind if a deservedly, second series is commissioned. Some things can wonder on for slightly too long but we’d rather that then jokes be cut short.

The range of tasks are impressive, there’s a clear variety that becomes more evident as the series progresses, rather than going big, it’s the small tasks that are the most enjoyable to watch, simple things like eating a watermelon become the funniest moments in the show.

Taskmaster is on Dave every Tuesday at 10pm – or catch up on uktvplay.uktv.co.uk