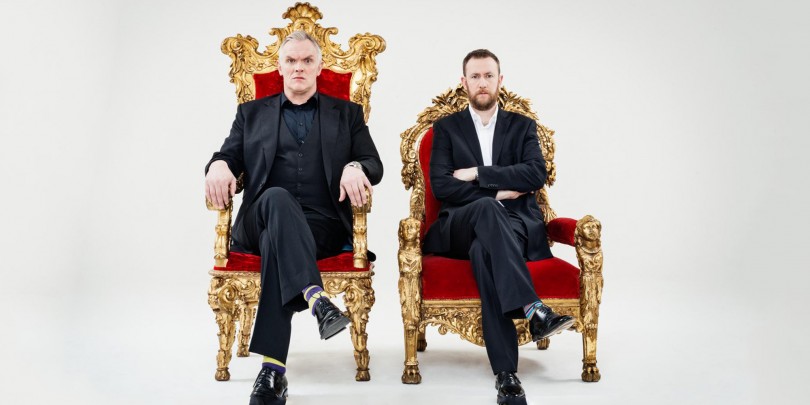 Following on from the success of it’s first series, Taskmaster on Dave has unveiled the all new line-ups for the second ad third series which air in June 2016 and 2017 respectively!

Joining the Taskmaster (Greg Davies) and his assistant (Alex Horne) in 2016 will be 8 Out of 10 Cats’ Jon Richardson, Pointless’ Richard Osman, 8 Out of 10 Cats Does Countdown’s Joe Wilkinson, Bring The Noise’s Katherine Ryan and David Brent’s musical partner, Doc Brown!

For 2017, Dave’s Dave Gorman, the pub landlord himself, Al Murray, the mouth of the south, Rob Beckett, closing off with stand-up extraordinaires, Sara Pascoe and Paul Chowdhry.

The show sees five comedians put to the test to complete numerous tasks. Highlights from the first series include making a block of ice disappear, collecting the most amount of teardrops and buying Greg Davies the best present for £20.

We loved the first series of Taskmaster, you can read our review by clicking here.