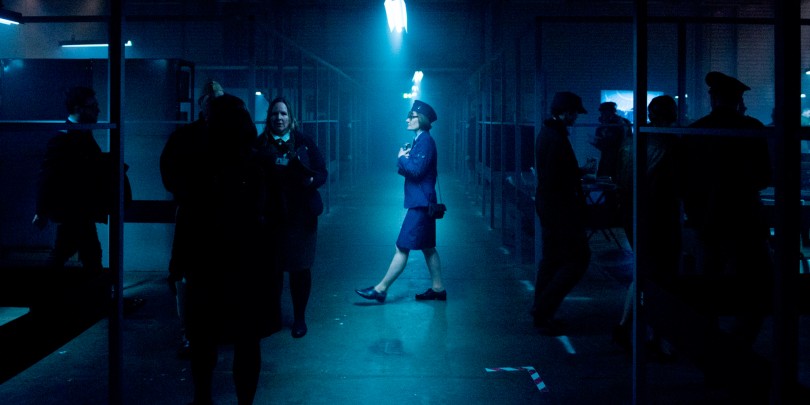 Tell No One is the latest endeavour from the Secret Cinema team, it’s a cliche to say but it’s a return to their roots. The film is a mystery, backed by the theme of politics and warfare that will raise questions and prompt conversation about today’s landscape.

The ancillary material that you can choose to complete prior to your arrival heightens your investment, as noted in previous events, the more you commit the better of an experience you’ll have, this is true more than ever here.

Within the first half of the evening, you’ll have plenty of sub-plots to explore at your will, all set-up in an outstanding monologue upon your entrance . The joy of exploration and the organic situations happening with and around you will create plenty of stories you’ll want to share upon your exit of the event. There’s secret passageways and areas that you’ll frequently access to progress your story. Often you’ll go round in circles (literally sometimes) and once you reach the end of your branching narrative, it can feel anti-climatic with it’s pacing until the screening starts, but this can be expected with the large volume of attendees.

The highlight of the evening came in the form of the live-action placed upon and around the secret film, from the production design to the cast, it’s a feat and by far the best screening of a film they’ve hosted. Within certain points of the movie I was wanting for the film to stop and just watch the pure performances taking place in front of us. The cast that you’ve been fully invested with before-hand via the world exploration come into their own, adding more meaning to your prior experiences.

There’s a sense of irony between the “VIP” seating (£129.00) and the regular seating (£64.50), especially within the relation of the messaging highlighted in the night. Whether this adds or takes away from the event, it hits upon that blur between reality and fiction that Secret Cinema has been known to deliver.

Secret Cinema: Tell No One has it’s weaknesses but the overall high-standard of the production outweighs these. The more you throw yourself into the night, the more you’ll gain. If you’re a fan of film, you’re at home.

SECRET CINEMA: TELL NO ONE is on now until 20th March. Visit www.secretcinema.org for tickets.