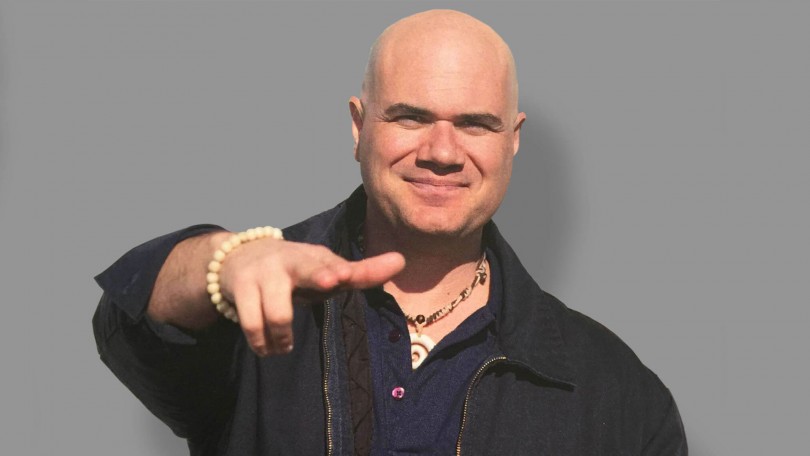 Star of Storage Hunters, Sean Kelly, makes his Edinburgh Fringe debut in the heart of the Med Quarter. The big question is though, can he sell it our way?

Routines involve his telling of growing up in Germany, with several parts hinting towards awfully generic stereotypes which then leads onto explaining about his time in Bradford, Yorkshire and how that’d be the first place Trump would set off a Nuke. I understand how jokes out of context can not have the same affect as when it was said in the set, but this evoked the same awkward silence that you’d expect. This was also his “safe material” in case any children were in…

Despite the crowd giving enough of a reaction to warrant completing the hour set, Kelly bailed at exactly 35 minutes into his routine (this includes the 10 minutes of auctioning a piece of questionable artwork by himself). I’ve never seen a comedian give up so easily with such little excuse – especially one that constantly reminded the crowd that he’d run his own comedy club for over a decade.

The show is an extended meet and greet, the jokes do not land in the slightest but the fans were gleaming with joy as he met them on their exit, next to the vast array of merchandise. If you’re happy for that, then sure, go along because it’s probably cheaper than his appearance at a comic-con (yes, that’s a thing that he actually appears at) but don’t expect any more.

Sean Kelly: Sold Your Way! is on at 6.55pm everyday (except 16th) at the Underbelly Med Quad