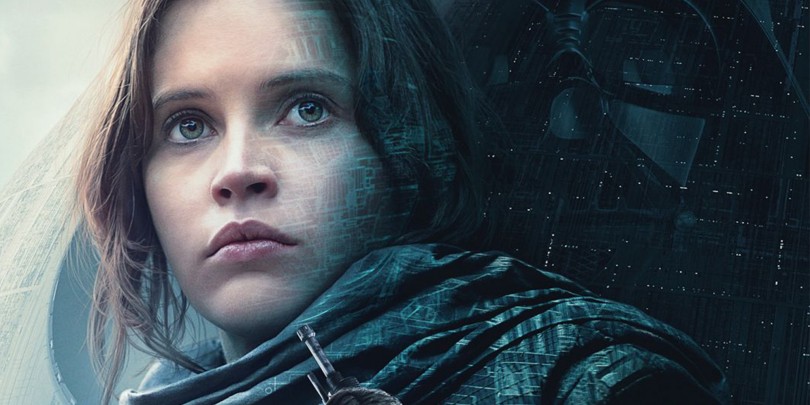 Spoiler Free Review – This instalment of the Star Wars franchise is particularly fascinating: is there less pressure on the movie, considering it’s not got the weight of the new trilogy in progressing the saga, or more pressure, seeing this is our first taste of an anthology flick? The thought of both these options makes many a fan cringe with pessimism. Either way, it is a Star Wars film, and given it is essentially a prequel, Rogue One needed to be at the very least good in order for us to not venture towards fatigue of the franchise. After all, we are getting these films every year for the foreseeable future.

Relief then, that not only is this film a success for both fanatic and casual fans alike, but upon my first impressions, one of the best in the series. It may not offer much in the way of twists and turns, but the end sequence of this film WILL make you cry a flood of happy fan tears, sliding into Episode Four with ease. Where The Force Awakens felt a little too familiar, Rogue One offers a perfect blend of fan service with a new flavour.

Gareth Edwards demonstrated scale with frightening success in Godzilla, and we find the same approach working here. You’ve never seen a battle sequence in the Star Wars saga like we have at the end of this film, leading the Empire to feel like a genuine threat. Though we find a few of the key characters in this film interesting enough to maintain our interest, the film does fall short of providing an emotional attachment, leading scenarios putting them in peril to fall short of the desired intentions. That said, the chemistry between our band of misfits certainly works, you just won’t want to rush out and buy their figurines.

Felicity Jones works well in the role, and mixes up the emotional elements with badassery flawlessly. Though her arc is unfortunately predictable, she certainly provides an entertaining enough performance to keep us enticed. The other new additions all work fine. Nobody really stands out or falls short of exceptions, except K-2SO that is. I’ll be bold and even say this sassy little droid will hold up in time, and possibly be regarded as a better character than C3PO. The character provides much needed laughing to a film that is certainly intended for the mature audience over children, feeling darker in the process.

Being a spoiler free review I cannot mention a particular gripe with a villainous character, but you’ll certainly know it when you see it. Ben Mendelsohn, as ever, nails the roles he has been given, and adds a few traits to what has previously been the ‘he’s bad because the story needs him to be’ role. A popular criticism I have seen has been there’s not enough Vader. Don’t go in expecting there to be more than five minutes of him, and you’ll be happy. What I will say is that the moments he is in are phenomenal, are certainly worth the wait.

You’ll probably be wondering where this stands in comparison to The Force Awakens, and this is a fair question. So here it is. The Force Awakens is most definitely the more entertaining, but often felt too similar to what we have seen before. Rogue One provides fan service like no film in the saga has before. While it may be a little less engaging at points, the last act is up there with any Star Wars moment. The film made me watch the complete Star Wars Saga again when I left the cinema, so much so I have The Phantom Menace on whilst writing this (damn you Gareth Edwards). I left the theatre smiling, and despite its short comings, I think I rather adore this film. I’m not sure how to rate this edition in the way of stars. It’s certainly not a five star flick, but I haven’t stopped thinking it about since the midnight screening. Either way, my Wallet is ready, and will be empty because of Rogue One.

Rogue One: A Star Wars Story is in cinemas now!