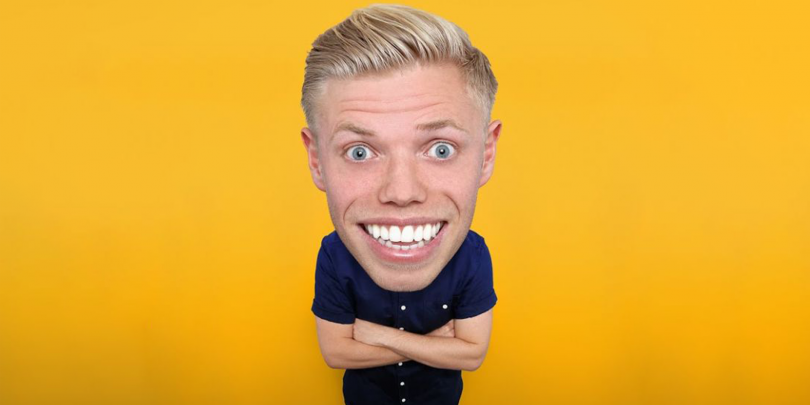 Star of the TV, Rob Beckett, brings his show “Mouth of the South” to Edinburgh.

The show feels like an on stage rendition of “TheLadBible” or along those lines, the content is a collection of short stories from Rob’s life, hardly threaded together at all, with the ending feeling rather anticlimactic. Within this though, there are some enjoyable parts that will leave you engulfed in laughs but this is contrasted with sections that full flat.

Rob acts at home on stage, the performance we attended was an extra show to his original run so this may be on the reasons why, but there was not much enthusiasm, as if it was a conversation down the local pub.

There’s nothing out of the normal with this show, so much so it’s a fault. You get what see with Rob Beckett, a mild mannered comedian from the TV. Expect his observations on a young man’s life who has recently been married, all with a slight feeling of Déjà vu.

You can see “Rob Beckett: Mouth of the South” at the Pleasance Dome everyday at 20:00 until the 30th August 2015. For more information including tickets, click here.