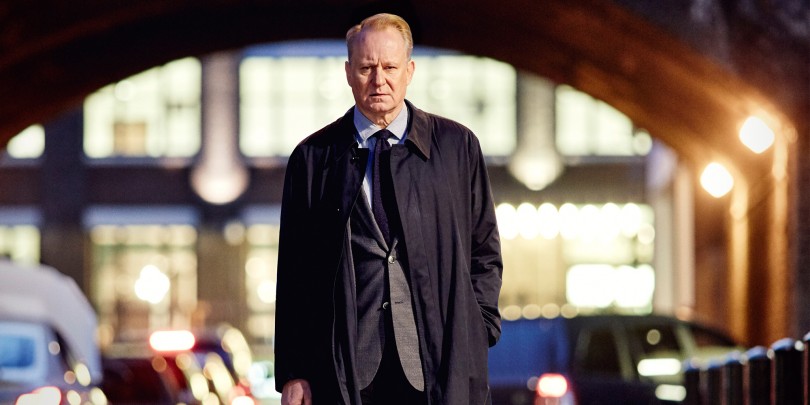 Spoiler Free… Because you should see it!

The Swedish actor was clearly a draw for many heading into the series, and what he brings to the show does not disappoint. Not only does the name add credibility heading into River, but also more importantly Skarsgard’s portrayal of the title character John River is as explosive as it is intricate. The Hollywood big hitter fits perfectly into the world created by Abi Morgan, though it never feels that he carries the series, which is a compliment for the show itself.

2015 has been a great year for Nicola Walker, and I’ve found myself to be a great fan. Whether it’s the leading role in a series or a secondary character, Walker always delivers powerful and authentic performances. This is on full display in River. Once again her immersive portrayal of a complex character is nothing short of outstanding. I hope we see Nicola Walker on TV more regularly, but with the level of talent and intensity displayed this year, with River and Unforgotten, big screen projects could be on the horizon. If not, then more of the same is perfectly fine with me.

River is a perfect example of why the tradition of a British TV season lasting between 3-6 episodes should be appreciated. Six episodes running at 60 minutes allows the story to flow at its own pace, adding a sense a character development and solid narrative structure at every turn. The biggest appeal of this is that it makes for perfect binge watching / consecutive viewing, which is the best way to enjoy this brilliant new series.

I haven’t seen anything this visually and narratively refreshing since The Take (2009). There is much to say about the production value and pristine delivery through cinematography on this series. Having worked on a major TV production that is currently on air, I can say with honesty that even the best DOP with the greatest intentions can struggle in keeping the tone consistent through the entirety of a series. Hubert Taczanowski has developed a tone and aesthetic that is unique, and certainly adds to the charm of River.

Despite this review being overwhelmingly positive, River is not without flaws. Moments are sometimes predictable, as the shell of the narrative is, at times, relatively by the book. But overall the feel and delivery of the show contains enough elements that are unique and standout moments that I can fully recommend with confidence.

River is out on DVD & Blu-Ray now, click here for more details.