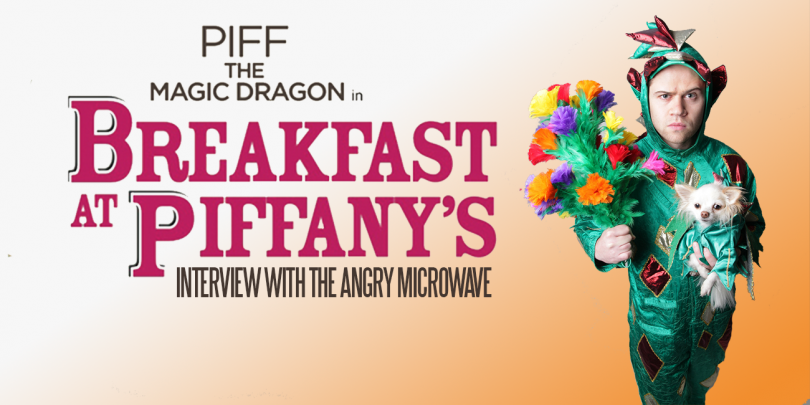 Piff The Magic Dragon is one of those acts that you either love or hate. Expect anti-climactic tricks and jokes, this is all part of the hilarious act.

In this one hour and fifteen show, longer than the normal Fringe show, it’s a true variety show with many surprises and special guests which wasn’t apparent upon entering into the show. The audience is split into four times with them battling throughout the night for points.

It’s not a completely new show with tricks and jokes from pervious shows and TV spots but there’s enough in there to keep you on your toes.

The tricks are not all jaw-dropping, it’s the jokes that carry the show, predominantly leaving it in the comedy genre rather than magic. The ensemble of the show also support this and the variety aspect mentioned earlier on, all involved are very talented in what they do.

Given Piff’s recent success in America’s Got Talent, he brings a little bit of Vegas to a very rainy Edinburgh.

“Piff The Magic Dragon: Breakfast At Piffany’s” is on at the Circus Hub, Underbelly everyday until the 29th August at 22:40. For more information including tickets, click here.