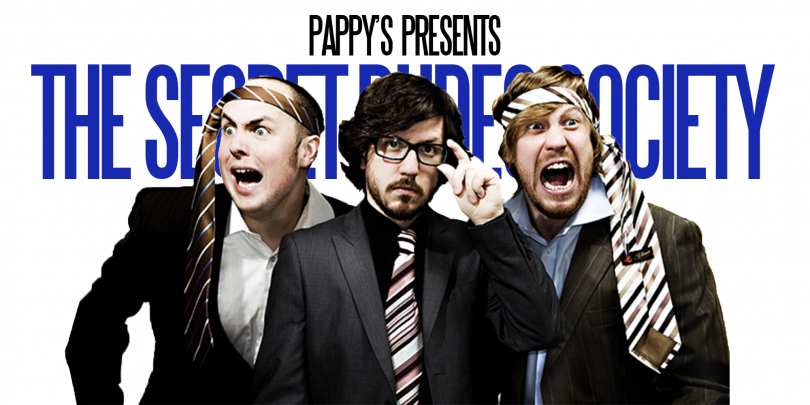 This is going to be a hard review to write as what I experienced felt like a recreation of fight club, but instead of Meatloaf it was full of comedians, so I shouldn’t be speaking about it. The two hours of comedy was hosted by Pappy‘s and an extraordinary line-up of special guests joined them on stage including Joel Dommett, Nish Kumar, Max & Ivan, Katherine Ryan and several other surprises!

It was pure chaos, we would like to say organised chaos but that would be a stretch. It’s an absolute blast to see this originality and off-the-rails sort of show still thriving. The guest comedians did more than just turn out for their spot, staying for the whole night and interacting with the sets, a true sign it was a great show to be apart of.

There’s need for me to say it but there’s a chemistry between Pappy’s that clearly works. Tom Parry being the “anarchist” as such, Matthew Crosby trying his best to keep things on the road and Ben Clark weighing in on the situation.

If you wanted an overview to see what the Fringe is really like, come to this show and experience if for yourselves.

You can see “Pappy’s Presents…The Secret Dudes Society” at the Pleasance Dome on the 24th & 25th August 2015 at 23:55. For more information including tickets, click here.