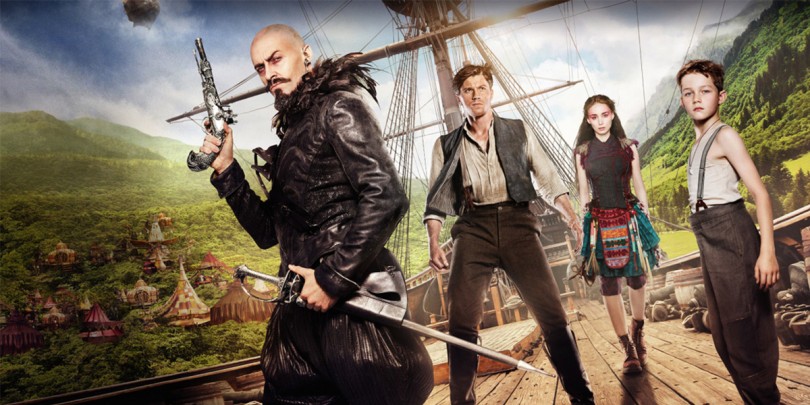 Where do we start with Pan? From the trailers leading up to the release of the film I was personally excited for this new expansion on a classic tale, maybe it could of lived up to the expectations in another universe but for now, it completely misses the mark.

There’s so many flaws in this film that this review could count as a university dissertation. For example the frequently debated rendition of Nivarna’s Smells Like Teen Spirit which plays as the introductory chant to Hugh Jackman’s Blackbeard. Personally I didn’t find this THAT bad but following the opening exposition of Pan, we’re informed this takes place in 1904 which means that either Peter is a time-travelling, orphaned boy who went to the year 1991, came back to a place he hates and then has a dream which is the film Pan or Blackbeard also has the same time-travelling capabilities but chooses to remain trapped in this world. These forced pop-culture references are made even worse and inexcusable when the same situation happens but with this time the legendary Blitzkrieg Pop, it’s just not needed. Once I can take, twice is another story.

Now onto the acting, the only performance worthy of screen time is Hugh Jackman’s, of which he has very little screen-time in the overall running time of Pan. I’m not saying the other actors don’t have promise, especially newcomer Levi Miller, but they are all acting as if they’re in different genres. Adeel Akhtar’s Smee belongs in the local pantomime, James Hook belongs in a pre-school television programme and the rest belong in straight-to-TV adaptations.

The lack of direction and the laziness runs throughout the film, even to it’s sound-stages. In the second act of the film there’s a fight in the jungle with Peter and Hook, there’s no effort to cover up it was filmed in a studio. They literally have the the trampoline mats on show as part of the “decor”.

Altogether this film is let down by it’s director, Joe Wright. There’s no clear control in the actors, set or visual style. Maybe under a different director’s guidance this could of been a success as the barebones of Pan is broken , it’s whats layered on top.