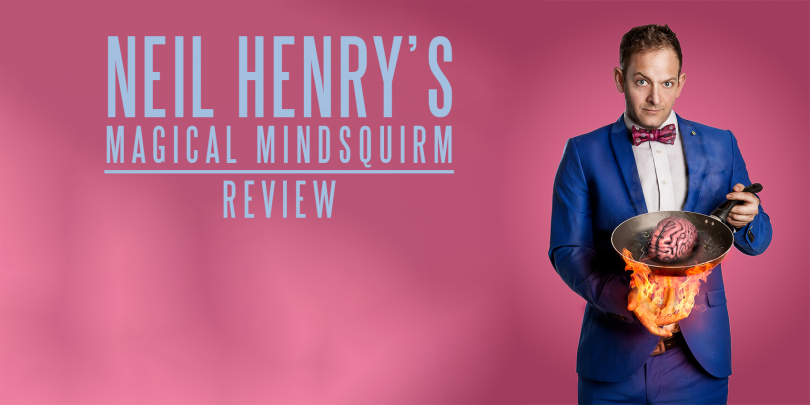 It’s nice to see a magician doing what he does best, magic. There’s no quirks here and that’s a great thing to see. Trick after trick interrupted with a little song makes a change to people try to put an “edge” onto the magic scene. Neil Henry embraces the cliches of a magician to deliver an outstanding hour filled with tricks.

The show is perfect for families, minus some minor swearing. Not once is an audience member forced up on stage, everyone is willing, making for a great family atmosphere.

The tricks are technically impressive with the construction of the show running smoothly throughout the hour long performance. Are they tricks we’ve never seen before? No, but with Henry’s own personal touch, they feel fresh as ever. The finale is a mind boggling trick which I don’t even have the faintest idea of solving, it would of been nice to of seen more time devoted to the last trick rather than being rushed, otherwise than that, it’s a mesmerising show.

You can see “Neil Henry’s Magical Mindsquirm” at the Pleasance Dome at 16:00 until the 31st August. For more information including tickets, click here.