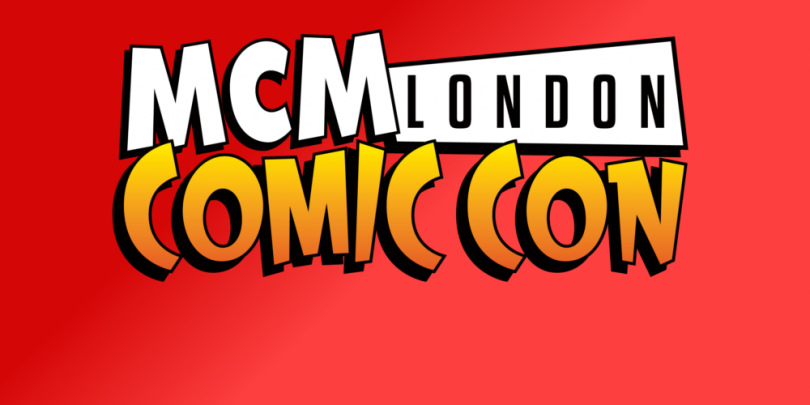 MCM Comic Con, Britain’s largest pop culture show took place last weekend – what a show it was! The expo caters to all varieties of fandoms, from video games to anime, along with a long and impressive list of special guests from around the world. Offering the public a place to meet, discuss and enjoy their favourite interests with each other as well as some of the stars from these places. The event saw a record 122,000 people attend over the three day event, smashing the last attendance of 110,000 for October 2014’s Comic Con. Here’s what we managed to catch up with on the show floor…

The European gathering for fans of online video creators and web series, this year’s expo included some of the regulars to Vidfest like comedian/filmmaker TomSka and reviewer Ashens who were both there promoting upcoming projects while giving their fans a chance to meet their idols.We also had a brief talk with Stuart (Ashens) about his recently launched project “Terrible Games You’ve Probably Never Heard Of”, an essential book taking a look at old, terrible games that are pretty hard to come by, the project is being funded through Unbound and has already achieved it’s target. Other regulars who attended the event included Weebl’s Stuff, Cyanide and Happiness plus several members of the Yogscast.

One of the most exciting parts of these events is the cosplay. Walking around the show floor for only five minutes,we could see the wide variety of people in cosplay, some from your favourite show, others from people’s own imaginations, it’s amazing to see fans put so much time and effort into creating these outfits, then showing them off at these conventions for others to see. Some of our favourites included Ryuko Matoi from the anime Kill La Kill, Spartans from various Halo games and even Boris Johnson!

Special cosplay guests included Jessica Nigri, Kelly Jean and Sheena Duquette. October’s London Comic Con will play host to the European cosplay championships, if this event was anything to go by, you’re in for a treat if you’re planning on going to it!

Along with all the stalls offering merchandise from a range of genre’s and media’s, there were some interesting attractions and props at show. There were replicas of the Delorean (Back to the Future), Interceptor (Mad Max) and the Batmobile (Arkham Knight) all of which were amazing; there was even a group of L.A. police officers offering pictures with the public.

Syfy brought along their 360 fancam which recreates the bullet time effect for cosplayers/ general public looking for a cool video to commemorate the event, instead of simply standing still for a photo this setup creates a 360˚ video of the subject in a pose, many of the results are available to view online now and look stunning.

Overall this year’s May expo was bigger and better than ever, with us only scratching the surface of the event! We would highly recommend attending the next MCM London Comic Con, taking place on 23rd to 25th October 2015, tickets can be purchased here; www.mcmcomiccon.com/london.