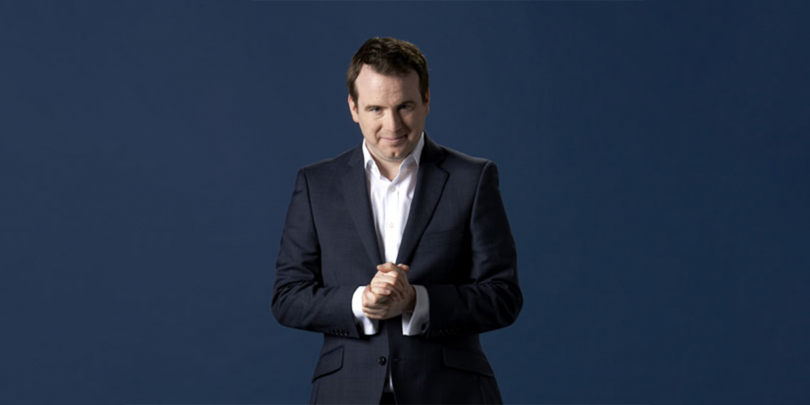 Matt Forde: Get the Political Party Started is an hour of Matt’s view of the past year of the politics.

Due to the nature of the show, there was no clear narrative throughout so it did feel a bit rough. It would of  been nice to of seen him focus on just the election race as a whole but the temptation would always be there to talk about the most recent events.

A pleasant surprise was to see Matt ad-lib when a tap-dancing musical started above the venue, he was very quick and some more audience interaction within the show would of added a new dimension to his hour.

Sometimes Matt got sidetracked or lost within himself and broke the pacing of the show but this was quickly recovered when moving onto the next topic.

This is a show where you need to have a key interest in politics, the clues in the name. If that’s your thing, then you will love this show. If you only dip your toes in, you’ll be easily lost with names being thrown around everywhere.

You can see “Matt Forde: Get the Political Party Started” at the Pleasance Courtyard every day until the 30th August at 15:50. For more information including tickets, click here.