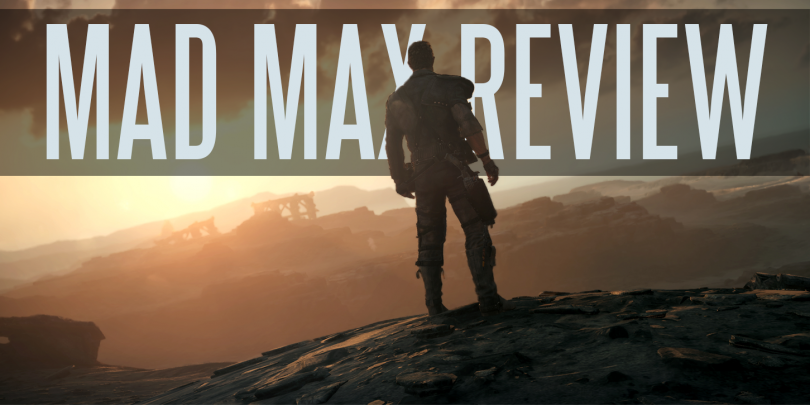 The reputation for film universes being transferred into successful video games is severely damaged, with Goldeneye only holding this tent up – Mad Max looked promising with gorgeous horizons and an interesting premise, do they manage to pull it off? Sort of.

The story and thread tying the events of the game throughout simply boils down to a man building a car. Customisation of Max’s car and his appearance is pushed to the forefront of the experience but you a narrowed down by the narrative into shaping the car in the way it wants you to.

Where Mad Max stands out is in the way it seamlessly blends into the existing film universe, despite claims that the studio were going off on their own interpretation of the world. The characters could easily transfer over to the films (despite the video-game dialogue), the transportation means of the enemy are highly similar to what we see in Mad Max: Fury Road and the landscape just feels right.

The story diversifies the missions after a worrying bout of repetitive objectives at the beginning, but the pacing is often ruined by forcing you to go and scavenge enough materials to progress or bring down an area’s territory. It’s not the kind of game where you can power through the storyline and fill in the side activities after.

Where my disappointment lies with Mad Max is in the lack of ability to cause chaos outside of the scripted chapters, when the title was first announced I was hoping for a “Just Cause” or “Grand Theft Auto” ability to get up to my own mischief and think outside the box but this is completely absent. The world is physically locked in and the only time you do get to make some things go boom is when the game releases the hounds onto your automobile.

It’s within the small details that the game is similarly flawed, such instances as the fading to black for an unneeded cut scene showing a repeated action, or not actually being able to drive into your safe havens, rather driving to the entrance and similarly fading to black. The UI screams the word “generic”, the icons when filling up the water are just an example of how safe and uninteresting they’ve attempted to be with the game.

The hand-to-hand combat is a simplified brawler, hit the right buttons and you’ll be fine. There’s a “fury” mode once you reach a certain combo, it’ll make your punches land that bit harder, but this often lands just after the fight, always late to the party.

Vehicular combat is crucial in a Mad Max game. During my first few hours with the game I really despised the way my car handled but then the realisation of the upgrade system rectified this. The way you advance your car dramatically changes the feel of the car more than anything. It’s still not perfect and no where near the driving from Motorstorm or Grand Theft Auto V, but it is a safe attempt.

Mad Max is an experience for the fans of the films, giving more depth to the world with the ability to explore the world that you’ve fallen in love with but as a standalone video game, it’s an experience that can be found elsewhere with done to a much higher standard.

Mad Max is out now on Playstation 4, Xbox One and PC.