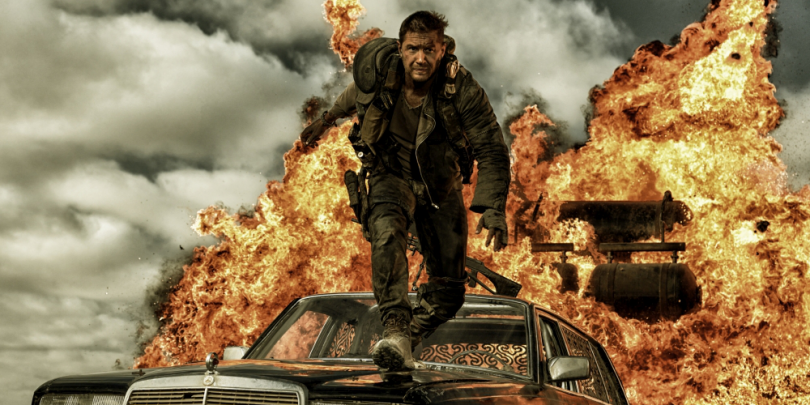 It’s been a whole thirty years since since the last instalment of the Mad Max franchise, but now it’s happening, Tom Hardy has taken the reins and it’s bigger and better than ever before.

Mad Max: Fury Road follows Max’s journey throughout the wasteland with Imperator Furiosa while ensuring the safety of their belongings and people.

The performances throughout are great, Tom Hardy as Mad Max fits in straight away but Charlize Theron as Imperator Furiosa steals the show, arguably the movie is more about her than it is about Mad Max. There’s been plenty of talk of films shunning women to the side in major blockbusters, especially with the recent release of Avengers: Age of Ultron, this is the complete opposite and it’s great to see.

Surprisingly, with it being a film about an apocalyptic wasteland with gory violence throughout, there are some great, small comedic moments provided by Nicholas Hoult who plays Nux bringing some much need pauses to breath in given that the film is two hours of pure action.

There’s a few scenes where the cars are ditched and it goes to hand-to-hand action, the choreography is fluid and the set pieces are cleverly planned out, utilising the surroundings in vein of The Raid.

If I had one slight nick-pick about the film, I would of liked to of seen more creatures and characters within the world, but like I said, this is only a tiny thing.

Vehicles have obviously always played a crucial part in the franchise and it’s no different here, the cars act as an extension of the characters and genuinely look as if they were created in the apocalypse. Every inch of detail tells a story, and even better than that, all the cars actually work, they’re not shells – fully working automobiles.

The giant car stunts are astonishing to watch, with the fact that nearly everything was done for real. That mixed in with the gigantic soundtrack that plays alongside the chaos that is being presented on screen makes it an unforgettable cinematic experience, we can only imagine what it would be like to watch this film in IMAX.