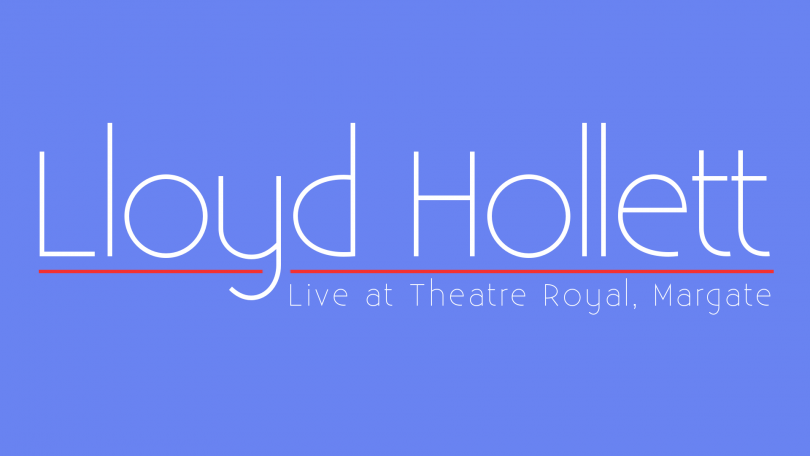 Lloyd Hollett is a man of many talents; singer, actor, stand-up and general charmer. The one-off show, Lloyd Hollett: By Royal Appointment, at the beautiful Theatre Royal in Margate, demonstrated all of this.

The area in which Lloyd exceeds is the non-scripted work, one of the funniest sections of the show was the Q&A that he did with his audience interaction and snappy remarks.  Seamless banter with the audience whilst not offending is something that is rarely achieved in comedy these days but Lloyd manages to nail it on the head.

The set piece in the style of Mastermind was a highlight, it was clever and gave everyone a bit of an excuse to laugh at a few cheap gags, it was the perfect cross of Lee Evans and Tim Vine.

The rendition of the musical theatre song, “The Brain” was fun to watch but felt it would of worked a lot better if it was an original song, in the style of Tim Vine or Adam Kay.  The show felt like it was slightly hinged by trying to do everything, It would of worked better as a whole if it was either just the singing or just the comedy, however it was enjoyable to have a mix of both .