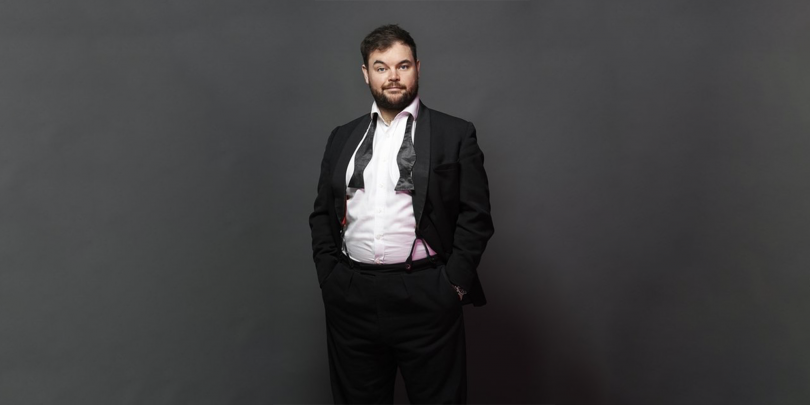 Lloyd Griffith: Great Grimsby’s Big Turn On originates from when Lloyd missed the oppertunity to turn on Grimsby’s Christmas lights. This is his attempt to prove that he is the most talented person form the northern town.

The concept and story behind the show is actually a rather interesting one but there’s no getting away that this is an hour of showing off, not a massive problem as aren’t all comedians really just showing off? This show however handles it poorly.

The pacing and timing for this show was completely out the window, we’d hear irrelevant stories attempting to relate to the countdown and the audience interaction always went on for too long, making it extremely uncomfortable for everyone involved. It’s not even as if the show needs padding out due to it over-running by over five minutes. The “twist” at the end is very predictable and again, doesn’t fit in at all.

I enjoy Lloyd as a comic but he needs to ditch the forceful input of his personal talents and unneeded drama to focus on actual stand-up.

You can see “Lloyd Griffith: Great Grimsby’s Big Turn On ” at the Pleasance Courtyard every day until 30th August at 20:30. For more information including tickets, click here.