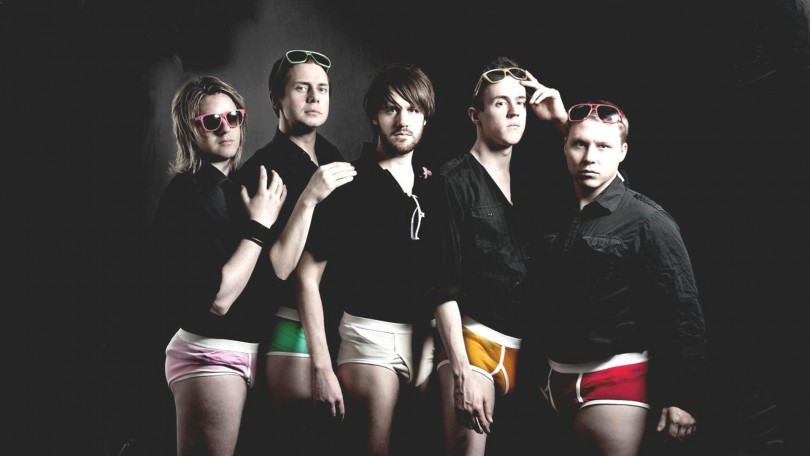 Given the sketch group’s recent reincarnation of Impractical Jokers UK, a pale imitation of the original format and previous UK edition (sorry guys!), this couldn’t be further from that. It’s bursting with energy, infecting the audience with laughter at everything point throughout the flawed ad libs and successful improv.

The sketches deserve more credit than they’re possibly given, they’re silly but some of them are pure genius and makes you think why you haven’t seen this done before by another group. The use of music, lighting and projection simply enhance these bringing the show along at a constant pace with a very high hit-rate of jokes.

There are segments of audience interaction that work extremely well, while a song routine we’re forced to partake in is rather cringe-worthy sober, but isn’t that what’d you expect from a late night show?

So far, this is the best after hours performance we’ve seen at festival. It’s the perfect mix of disarray, clever set ups and energy – make sure you add this to your schedule! And as for the finale, we’ll leave that for you to see…

Late Night Gimp Fight is on at 11pm every Thursday, Friday and Saturday during the Fringe at the Pleasance Courtyard.