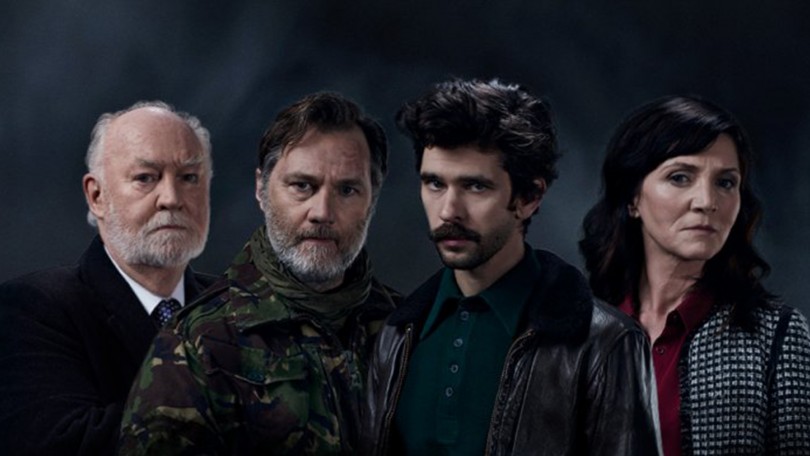 The Bridge Theatre comes into it’s own with Julius Caesar, utilising the rising platforms from below the crowd to build the performance space. It’s Secret Cinema x Shakespeare.

Upon entering the auditorium (the stalls are free-form standing) we became part of a rally for the man himself, the signature red hats from Trump’s presidential campaign hinted heavily towards the comparison, but gladly the piece of work doesn’t overly rely on this, we get the message.

Performances from across the board are put to the test with the close-quarters space, David Morrissey‘s Mark Antony captures the crowd with every word he speaks while Ben Whishaw‘s Brutus brings an anxiety-ridden character to life. Other highlights include Michelle Fairley‘s Cassius, Kit Young‘s Octavius, Zachary Hart‘s Philo, Abraham Popoola‘s Trebonius and of course, David Calder as Caesar.

As the climax of the assassination comes to a climax and chaos reigns through Rome, the mob movement is minimal which slightly impacts the pace, but offers a breather to take in surroundings and space.

It’s immersive theatre with a variety of must-see performances, I’ll be attending in the pit again over the next few months to experience this modern day Julius Caesar from a completely new perspective.

Julius Caesar is playing at the Bridge Theatre until 15th April 2018, with an NT Live cinema broadcast on 22nd March 2018.