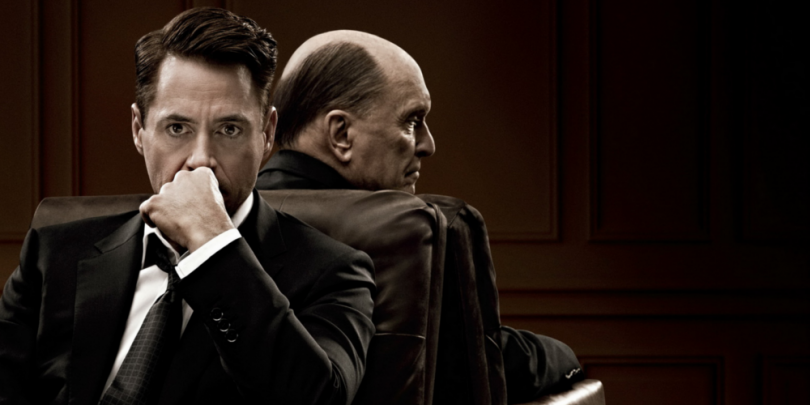 The Judge, here’s our verdict… (sorry, just had to do that). Starring Robert Duvall as a respected town Judge and Robert Downey Jr. as his son, the now out-of-town, criminal lawyer, their already broken relationship is challenged further after a series of events unfold.

The on screen chemistry (and non-chemistry) between Duvall and Downey Jr. is outstanding, it was vital for this film to have this to  even remotely work. To actually see the relationship between the two be strained at points and mended at others worked really well, the two strong persona’s the actors have worked in their favour for sure.

One of the places where this film falls short is in it’s tone, it’s not sure what it wants to be throughout, this goes hand-in-hand with the content of the film, there are dramatic scenes, followed by a rom-com scene followed by family film section and it’s not a case of making sure the running time hits 90 minutes with the theatrical release reaching 141 minutes. If the sub-plots including Downey’s love interest and daughter were cut, this would massively improve the film, then replaced with more court-room scenes plus father and son scenes (during the trial) then this would easily be receiving five stars.

There are no big plot twists as such but you are never bored and often kept on the edge of your seat to see what happens next or just enjoying being in the presence of Robert Downey Jr.