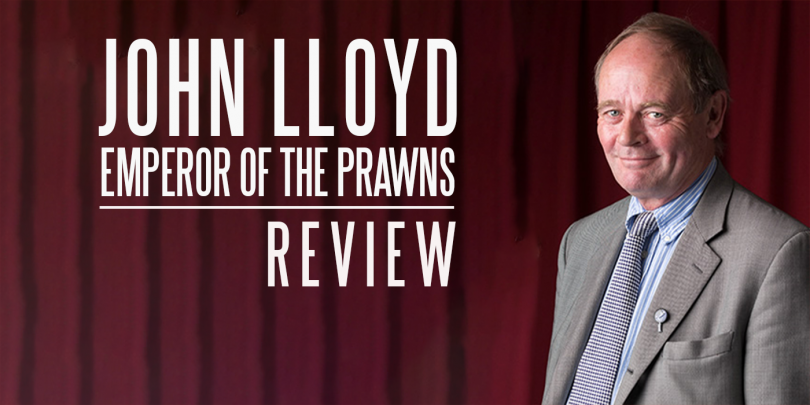 Mastermind behind QI and producer of Blackadder, we were very excited to see John Lloyd live.

This new show from John Lloyd takes us on a journey throughout his life and his thoughts on the universe, with anecdotes from conversations with his father to stories from his career in British TV comedy.

Lloyd never seemed comfortable on stage, occasionally messing up throughout and restarting from the beginning again which was rather off putting. The show is heavily scripted, sounding like an on stage radio recording, which isn’t necessarily bad but the performance of the material wasn’t that polished on the night.

The place where the show comes into it’s own is right at the end when John Lloyd instructs the audience to all do a certain action, it relaxed everyone straight away and gave the biggest laugh of the night. It would of been nice to of seen this at the beginning of the show and then expanded on this controlled audience interaction.

The construction of the show really all comes together at the end, leaving behind an important message. We only feel that if the show was billed under “talk’ rather than “stand-up”, we’d have known more what we were going into however it was an  honour to see someone of such comedy accolade live at the festival.

You can see “John Lloyd: Emperor of the Prawns” at the Assembly Checkpoint until the 30th August 2015 at 16:30. For more information including tickets, click here.