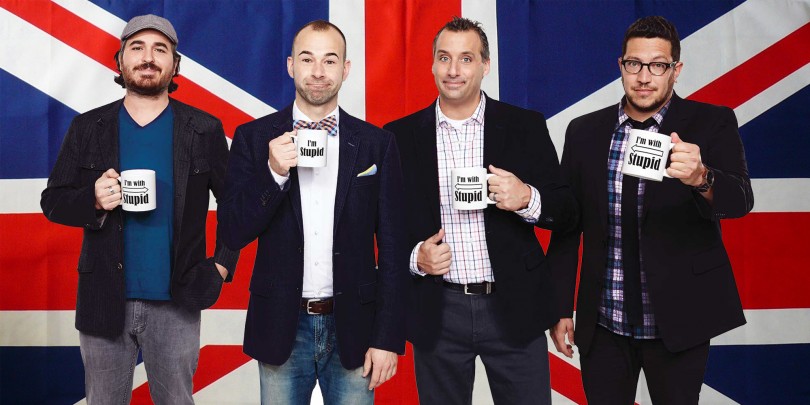 Following on from their astounding live UK debut in February, the terrible foursome are back for more antics next year in their new show titled “The Santiago Sent Us Tour”. This time on a much bigger scale as part of an arena tour!

Check out the dates below where you can see The Tenderloins’ mischief taking place live on stage:

With whispers of the jokers crossing the ocean in April to record a UK special, it may not be that long till you hear a “Larry” down your street. In the meantime, be sure to grab your tickets for what is going to be a night to remember with the Impractical Jokers!

Tickets go on sale on Saturday 19th March 2016 at 10am, with a pre-sale this Wednesday (visit facebook.com/thetenderloins for more info on how to access)!