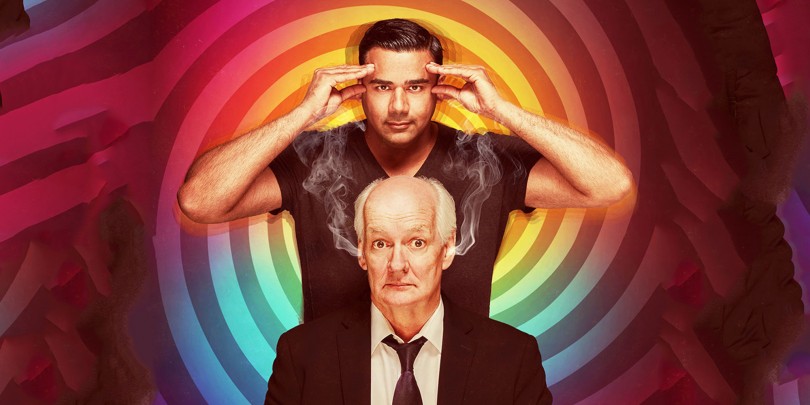 Improv; the collection of improvisation and hypnosis,  it’s surprising this combination hasn’t been paired together before (correct us if we’re wrong). Leading us through the night was hypnotist, Asad Mecci, and improv star (but not the one on the posters), Mike McShane.

The huge downfall of the show is that just over 35 minutes of the performance was hypnotising, not one bit of comedy or entertainment. Following this, the five “chosen ones” was then reduced to three after two chose to leave the stage and not take part. This pacing, especially for a Friday night show, left the majority of the audience clock-watching until this prolonged segment was wrapped up.

Once the improv actually started to begin, it’s staggering how fascinating and funny the hypnotised participants were. One rocking out a blues jam, while another providing miss-judged sound effects for a radio play. We were left wishing we had more time with them as it’s a joy to witness, with Mike providing great situations for them to explore.

We can see this being a show with plenty of repeat viewings, the only thing holding it back is the process of the hypnotising is considerably too long.

Hyprov: Improv Under Hypnosis is on everyday at the Assembly George Square Theatre at