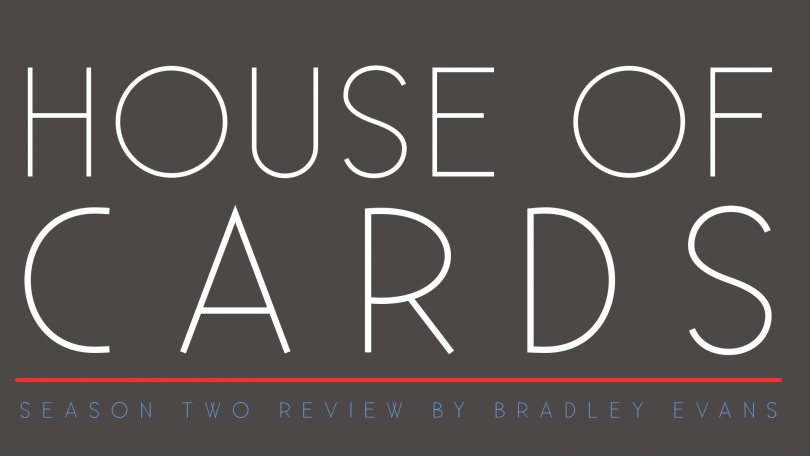 This review is spoiler-free.

Season one was phenomenal. Kevin Spacey really brought this diabolical, yet somehow likeable, character to life. The second season begins right where the previous instalment left us. The first episode is perhaps my favourite of the 13 part series. Very rarely has a show been so brave this early into a season. I genuinely watched the episode twice just to take in what happens.

It is a shame that the rest of the season never fully reaches the same heights. The biggest complaint I have heard from fans is that, unlike the high octane drama presented in season 1, season 2 is more political and the events happen at a slower pace. This is true. But I have two reasons to justify just why this was a near perfect execution of storytelling.

Firstly, they had to deal with the fallout from season 1. Murder, corruption and crime could not just be swept under the carpet. It would not be true to the show to just ignore the events that happened previously. Watching how Frank Underwood handles difficult situations to always get his way is what makes the show so appealing. Which leads me to my second point. The show has been created for binge watching, as Netflix releases the entire season at once, as opposed to weekly releases. When watching a few episodes in one sitting there is no denying that the show captivates you. Kevin Spacey’s Frank Underwood is just too engaging in his efforts to climb to food chain for viewers to turn away. The basis of the show may be political, but the heart of the drama is this ruthless creature.

If you have an admiration for film-making, then you cannot help but be in awe of the visual elements displayed in HoC. The cinematography is the best on TV…well, internet. And what’s more, the performances from the entire ensemble are up there with any in recent years. In fact, I’ll go out there and say it. House of Cards is one of the best shows since Breaking Bad. Along with Game of Thrones, this is the best looking programme out there. Which is fascinating, considering the show is a political drama.