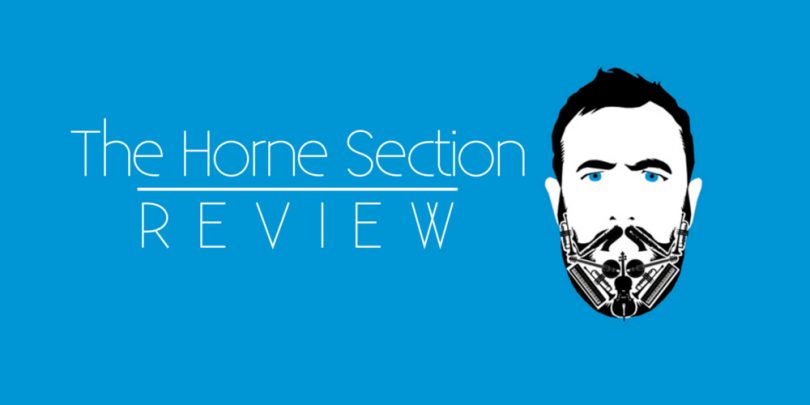 The Horne Section, led by Alex Horne (hence the name), is a group of musicians who have been putting on a show at the Fringe for years now, each night they are joined by special guests, for the performance we attended it was David Elms and The Umbilical Brothers.

The opening to the show was the usual chaos with Alex Horne conducting his the band, and not just the music! Throughout the show we get serenaded by different members of the band, each with their own personalities shining through.

The first guest, David Elms, was the downpoint for the show, not really using the band to a great effect, something that is crucial when featuring on the show. Long gaps of silences made it quite uncomfortable to watch but this all changed with the second guest act of the night, The Umbilical Brothers, they fully utilised the band with their rendition of  “Feeling Good”.

The musicians behind The Horne Section are very talented, at one point in the show you will get to shout out a random song as part of a set piece, and they managed to do it with no hesitation, it was very impressive!

The master of proceedings, Alex Horne, is hilarious as ever, energetic and great audience interaction, he is also is involved in a very impressive act with the trumpet player towards the end.

The Horne Section is chaotic, fun and charming, a true variety show where anything can happen on the night.

You can catch “The Horne Section: Milk the Tenderness” at the Underbelly, Bristo Square at 22:50 (00:00) until the 24th August. Tickets can be purchased here.