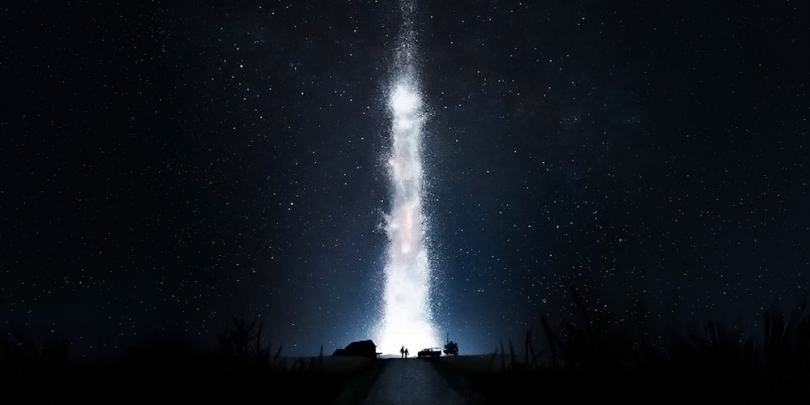 Christopher Nolan’s latest endeavour, Interstellar, is released on November 7th in the UK and it’s no secret that me and my colleagues are very excited for it, here’s just a few of the reasons why this is so.

The first reason why we’re excited is that this is Nolan’s first original project since Inception, and we all know how good that was. We get to see him spread his wings with Interstellar and go wherever he wants without the pressure of pleasing comic book fans and honouring existing characters, this is a fresh start with no related content already out there which makes me excited to visit a world which I know nothing about, becoming completely immersed.

The second is that a significant amount of the film is shot in IMAX, not just showing in a IMAX screen, fully utilising the the encompassing screen, that married with the superb sound system really gives way for a unforgettable cinematic journey. We’ve seen the effect that this format can have on a sci-fi film with Gravity, you really are sucked into it with no opportunity to come up for air throughout the film. Also for a bit of a bonus for IMAX-goers, word on the street is that all showings will be accompanied with a first-peak at the Avengers: Age of Ultron trailer.

The next reason is one that I never thought I would be saying several years back with his turbulent film history (seriously, go read (please don’t see) about Tiptoes), it’s Matthew McConaughey. Of recent times, he’s delivered solid performance after solid performance with True Detective, Dallas Buyers Club and The Wolf of Wall Street just to name a few. It will be interesting to see how Nolan directs with McConaughey, with no previous history of them working together. This isn’t the only bit of promising casting with Anne Hathaway, Michael Caine and a rumoured Matt Damon.

Interstellar was shot in 35mm film, this isn’t that much of a big reason for viewers but it is a massive one for the industry with one of the year’s biggest releases being shot on a “dying format”. N0lan has always been a forerunner for shooting in film, most recently teaming up with J.J. Abrams and Quentin Tarantino to strike up a deal to ensure Kodak carries on producing the format. (If you’re intrigued by shooting on film vs digital, I highly recommended the documentary Side by Side which features interviews with said directors).

The final reason is the running emphasis throughout Nolan’s films of practical effects and on location filming where possible,  we’ve seen this in his previous films, for example in the Dark Knight Rises which shut down Wall Street and filled it with hundreds and hundreds of extras, but Interstellar offers a unique opportunity to see how Nolan will incorporate this into science fiction film because filming in space is presumably not financially viable. So far we already know that he has shot on location in Iceland and fully built the space-craft that McConaughey will be heading.

These are just a few reasons why we’re excited for Interstellar, and this is with Christopher Nolan being secretive as ever about the content of the film. November 7th couldn’t come quicker!