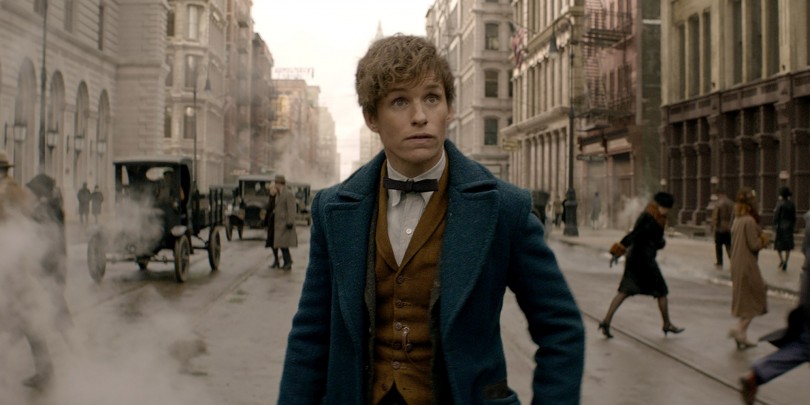 Heading into the screening of Fantastic Beasts And Where To Find Them, a few hesitations niggled away at me; ‘Why a prequel?’, ‘Is this just a money grab?’, ‘Five films, seriously?’, ‘Will it work without a single character we have preexisting love for?’, ‘Why America?’. I didn’t go in wanting to hate the film, far from it in fact. Every fan wants to relive the magic that J.K. Rowling brought to every home, school and eventually movie theatre. Fantastic Beasts has a lot riding on its wings, not just for the studio, but for every fan who fell in love with the Harry Potter universe.

So, did it deliver? Very simply, yes. Fantastic Beasts is ridiculously charming. In fact, I can’t remember smiling so much in a movie theatre in a long time. The animated creatures will pull at your heartstrings, and where a CGI sceptic will point to the reliance use of computer generated imagery, all concerns vanish considerably early on.

The characters, and their actors, all hit the mark. This is a new take on the hero we usually associate with the Harry Potter franchise. This is a spoiler-free review so as to how and why, you’ll have to watch the film, but Eddie Redmayne truly fits in to the universe with ease. Colin Farrell is a nice addition too, with his role growing alongside the tension and dramatic beats, as always, the Irishman brought it. For me though, rather unexpectedly the stand out role goes to Ezra Miller. The level of intensity and complexity portrayed here unlike anything seen in a Potter film and deserve more plaudits than currently being written.

The new additions only reinforce the tone so familiar with the franchise. This is an element that certainly should not be over looked. IT FELT LIKE A HARRY POTTER FILM. David Yates has now directed five of the nine films, and absolutely owns the directors chair. The director has an ability to develop and improve elements that only someone with a deep love and understanding of the product can. The action sequences are notably vastly superior here, and they’ve never been particularly weak to start.

With the exception of one particular sequence, where the green screen appears to scream for attention, the film is ever so close to being as near perfect as possible for a movie of this nature. And now I’m excited for the five film series. Well J.K, you’ve done it again.

Fantastic Beasts And Where To Find Them is released in cinemas on Friday 18th November 2016!