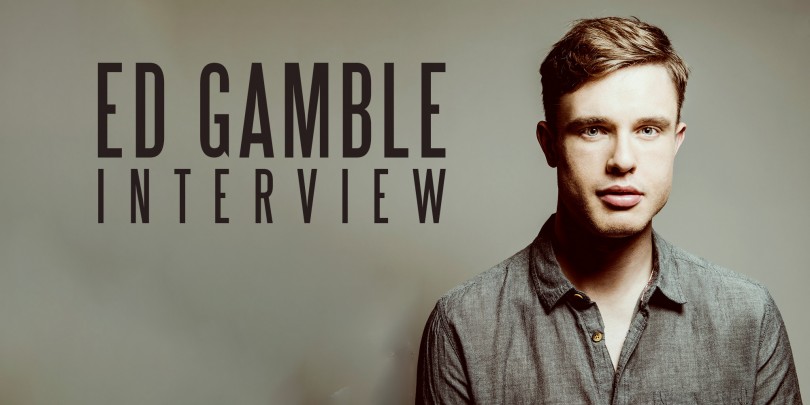 You may recognise Ed Gamble from his E4 series, Almost Royal, or his recent appearance on Mock The Week, but from the 8th to the 30th August, you can catch him at the Edinburgh Fringe performing his new hour, Lawman.

CM: Hello! Thanks for joining us today, how hectic is life getting with Edinburgh only a few weeks away?

EG: The life of a comedian without children is relatively unhectic, so Edinburgh provides a nice excuse to panic and feel pressure like a normal person. Apart from the sleepless nights, hair loss and crying in parks I am doing fine.

CM: What can we expect from Lawman?

EG: Approximately 55 minutes of the most straight laced humour you’re ever likely to witness. It’s my love letter to following the rules, being a square and a condemnation of anyone who thinks it’s cool to smash the system. Don’t come if you’re Batman – you’ll be leaving very red faced indeed.

CM: Do you enjoy the challenge of coming up with a new hour each year for the Fringe?

EG: This is my second solo show and it’s been mighty fun. Dumping all of my old stuff that I had been doing for a few years before my debut was very liberating – and the process of building on what you’ve already established as a comic and adding new elements is quite an exciting process. That was a serious answer, was’t it?

CM: This year’s show will be part of the Free Fringe, why have you chosen this route for your show?

EG: I just want as many people to be able to see it as possible and I want to perform it to as many people as possible. Making it free certainly helps with that! It’s certainly made me concentrate on the show without the worry of ticket sales and it feels like you have a little bit more creative freedom when you remove the weekend ticket prices. Both systems have their merits, but I’m looking forward to doing the PBH Free Fringe this year.

CM: Do you think the Free Fringe will bring in a new crowd of people?

EG: I think it might bring in the sort of people who wouldn’t necessarily have taken a punt when my show cost a tenner. It means you have a lot more of an opportunity to surprise people who have taken a chance, and then hopefully those people will keep coming back to see you.

CM: Normally, your partner in crime, Ray Peacock, is at the Fringe alongside you (even if not in the same show), do you think you’ll miss him being around?

EG: I really, really will. We have our little routines in Edinburgh which always helped ease each other’s stresses – so I’ll probably have to get him on Skype so we can have coffee and a chat every day. I am living with Tom Neenan this year who is lovely and an actual genius but has no beard and never drinks one shot of sambuca and runs round in his pants.

CM: Around this time last year, Almost Royal premiered in the UK, is it as much fun to film as it is to watch?

EG: Absolutely – everyone working on it is absolutely lovely and excellent at their jobs and I can’t really ask for a better job than travelling the States acting like an absolute idiot. The only downside is that we do so much that you sometimes don’t get a chance to take it in. You’re so consumed with making sure you’re saying the stupidest stuff possible that you forget that you’re on an airboat in Florida.

CM: The second series is due out later this year, can we expect the stakes to be raised even more than the last series?

EG: Yes! I have seen all of it now and it is looking very good indeed. We were a lot braver this season and there’s some cool additions to the format – like celebrity interviews.

EG: I have been doing the Fringe for years and now try and make sure that there are no best/worst experiences. The only way to do it and stay sane is to keep yourself on as even keel as possible and avoid the peaks and troughs. Good gig or bad gig, I just go to bed. I love going to bed. In fact, the bed I had in 2012 was amazing. And the bed last year was awful.