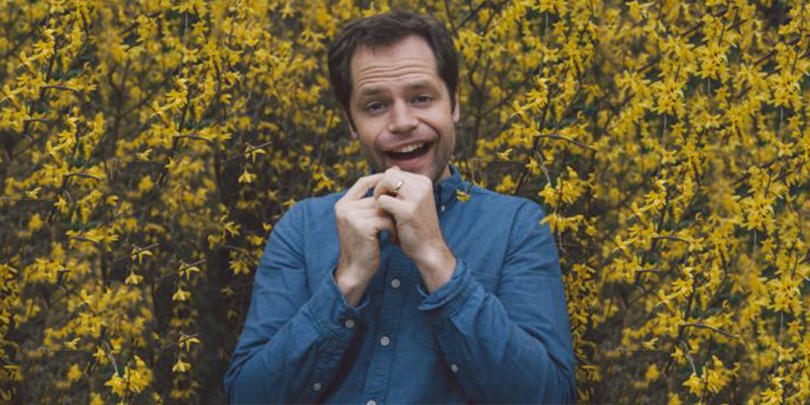 We’re not going to lie, David Elms’ style of comedy is of an acquired taste – it’s not punchline after punchline, but full of pregnant pauses and funny, but awkward moments. If you’re a fan of The Office and enjoy the embarrassment of watching David Brent on screen, then you’re bound to enjoy this. It’s the kind of humour that benefits from being in a small space, everyone getting on board.

In the latest outing, we hear of tales from David’s marriage, with him setting out to define the exact word of “marriage” through word-play, analogies and weirdly catchy songs. The audience interaction also plays extremely well, even with a few “special” members in the performance we attended. Don’t miss out while David is playing these intimate venues, it’s where his comedy works best!

David Elms: Good Boy is on everyday at the Pleasance Courtyard at 21:30 until Sunday 28th August 2016.