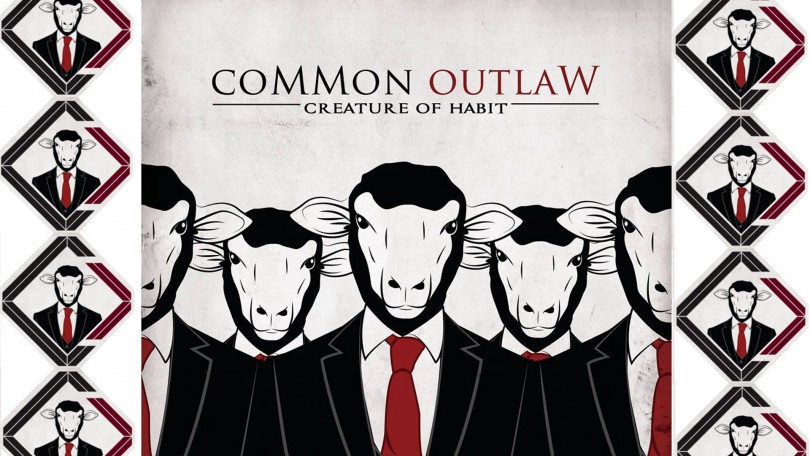 Common Outlaw are Kent’s leading up and coming band in my eyes and this new EP fully supports this and more!

The opening song on the four track EP is This Is War, personally my favourite. It’s an opener on the same level as Supremacy by Muse. I can’t wait to see this track performed live as it seems like it would set the room on fire from the start.

Charmer is the next track, a contrasting track to the opener but good nevertheless, with vocals Kasabian-esque.

Third is Sunshine, with a great breakdown that will seamlessly transfer to a live show, I loved this track. Everything about it was just right for me.

The closer is We Can’t Go On, a showcase of the band, from the brilliant leading guitar riff to the harmonies on the vocals.

Like I said in the review of the lead single of the EP, We Can’t Go On, the production values of the album is one of the biggest areas where it stands out compared to other local bands, the tracks sound like they could be taken straight from an Arctic Monkeys album.

Another great feature from the album is that it manages to capture the songs with a live atmosphere which is a hard thing to do and only bands like Foo Fighters and The Black Keys manage to get right.

You can pre-order the EP, “Creature Of Habit”, which is released on the 10th May here.