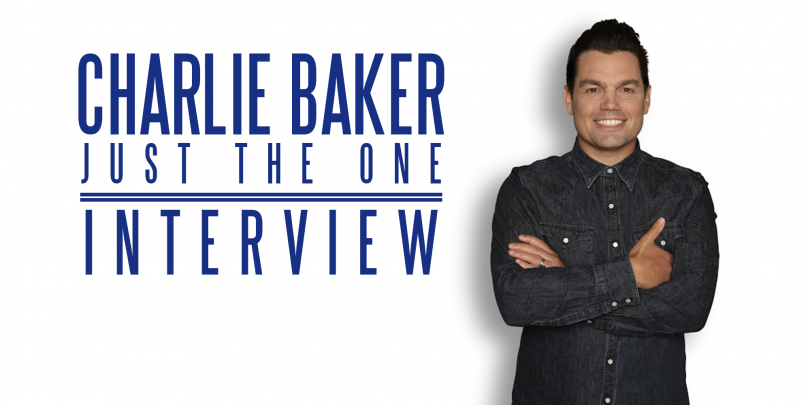 We caught up with the multi-talented Charlie Baker to talk about his upcoming Edinburgh Fringe show, his run in London’s West-End and much more!

CM: Thanks for joining us today, how are you doing?

CB: I am very well thank you I’ve given up drinking in preparation for Edinburgh and I tell you what it’s amazing. I highly recommend it. I got up at 7.30 the other day with no alarm. Just got up and didn’t feel like I was going to throw up/fall over/shoot myself. Energy!

CM: You’re a comedian, a radio presenter, a singer and actor among many other things. Where do you feel most at home?

CB: On a comedy club stage with a big full room and and a mic in my hand. I love it. But I also love being in my actual home. Which is a good balance.

CM: What can we expect from “Just The One”?

CB: This is my funniest and most personal stand up show. It’s a mixture of private thoughts I perhaps should keep that way, good singing, silly singing, audience participation, a murder mystery, health advice and the story of my 12 year (and counting) marriage

CM: Your shows include a mix of stand-up and song, how do you find the right balance?

CB: You 100% have to start with the comedy I write a show that stands alone as a stand up piece and then add the songs that earn their way in.

CM: Last year you were in the short-lived musical, “I Can’t Sing” – which personally I got to see and very much enjoyed your part – were you sad to see it close?

CB: I was because I was having a ball swanning around the West End and just popping into the Palladium for work and there were some brilliant people involved. Mostly Harry Hill who is the single nicest person I have ever met. But at the same time I did feel like I had done it. I was in the workshop production a year previous so to go from that to rehearsal to massive West End opening to great fun run and then also having a closing night was thrilling and didn’t give me time to get bored. So, personally for me it wasn’t a great problem it ended. I was on stage doing stand up the night after it ended. It was a really really good show though.

CM: Do you think you’ll head back to acting in the West-End in future?

CB: One day I hope. But only if I’m the main part. As a stand up you get used to being centre front. I won’t be playing third cover Simba.

CM: You’re a frequent goer of the Edinburgh Fringe, what keeps you coming back?

CB: The chance to create and perform your own show , what ever form that may take, is a great privilege. It’s how to stay relevant as a performer.

CM: What’s your best story from the Fringe?

CB: I don’t have any anymore. I told you I don’t drink and no good story ever started ‘so I was on my third peppermint tea’

CM: Thanks, see you in August!

You can see “Charlie Baker: Just The One” nightly at 8.40pm throughout the Edinburgh Fringe Festival at Assembly George Square Theatre: The Box. Tickets can be purchased by clicking here.