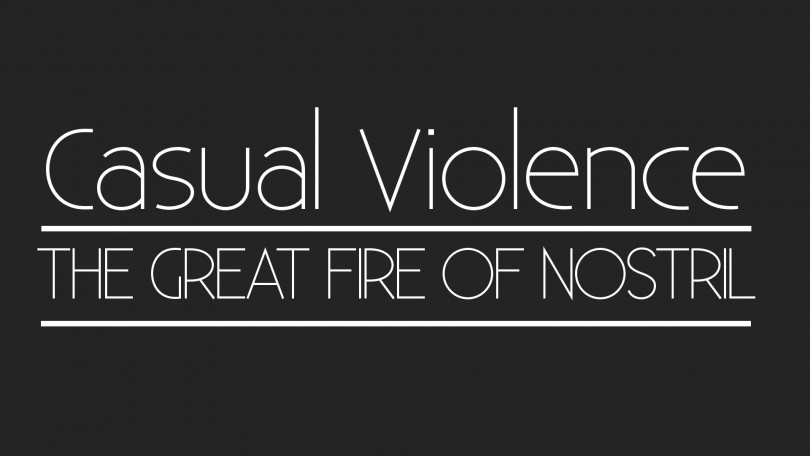 Casual Violence are a dark comedy troupe, in this tale from them, we see about a orphaned boy who is granted anything he wants from the Make A Wish foundation.

The most funniest bits, which resulted in the room being in hysterics, were when the characters broke character,  make little digs at each other and generally just having a laugh. It would of been a lot better if this was constant throughout and still remains unscripted.

The pacing of the show was the biggest down point for me, it felt like all the great ideas were not given enough time on stage and then slightly dull parts, including a montage of a romantic relationship, seem to last an eternity. One of the problems at the Fringe is making a show stretch to an hour and this is where I feel this show is let down, if it was trimmed down, this could easily of been a four star show.

The show, as previously mentioned, had some great ideas, including the narrator, reminding me very much of The Stanley Parable, the conjoined twins and just general mischief from the cast. If you are into dark comedy or just fancy a funny show to watch in the afternoon then be sure to take “Casual Violence: The Great Fire of Nostril” into account.

You can catch “Casual Violence: The Great Fire of Nostril” at the Pleasance Courtyard at 16:45 (17:45) until the 25th August (not Tuesdays). Tickets can be purchased here.