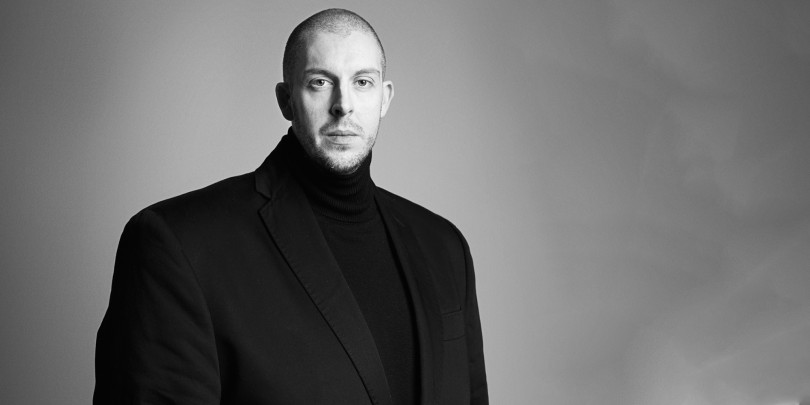 The first week of the Edinburgh Fringe Festival is over! We spoke to Carl Donnelly to see how he’s getting on and discuss what he has planned for his day off…

CM: Thanks for joining us today, Carl. The previews are over and the festival is well underway, how has your first week been?

CD: My first week has been a delight. My show is a loose and theme free this year so is a lot of fun and can be very different each night. I’ve also done the festival enough times now so have learned to not go crazy this early on and burn out. Basically I feel like a fringe veteran these days so have started with a sense of calm that tends to come with experience.

CM: We know this is something you’ve probably been asked about a lot, but that poster – it’s amazing. How did it come about?

CD: I wanted to go for a silly poster that was a joke in its own right. My friend DJ Titchener (who is a very talented graphic designer) who has designed my posters for years called me and asked if I had any ideas. I had a few but when I said “Why don’t we recreate last year’s poster but shrink my head down to about 60% its actual size”, he laughed at the concept. I knew that if the idea could get a laugh then he would be able to create it and make it funny.

CM: Last year’s show was a hit, and a very personal hour. What can we expect from this year’s Bad Man Tings?

CD: It’s still a personal show but in a very different way. Last years I laid bare a lot of anxieties I’d never discussed out loud. This year has a few very honest revelations but they’re much sillier and I think it’s a much more accessible show for those that don’t want to hear a man vent on an audience about his problems. I think this one has more that people can associate with and may translate to their lives rather than them have to just hear about my life. It’s very fun and I think people should come.

CM: For me, my journey up to Edinburgh includes lots of podcasts, including your own! How do you pre-occupy yourself on the way up?

CD: I am currently taking a break from boxsets and podcasts etc and am going old school and reading lots. I’m sure this will last about another two days before the wheels come off and I start drinking every night and spending my days in a ball questioning my life decisions.

CM: Wednesday 17th August is your one day off throughout August, what are you looking forward to the most on said day?

CD: Every year I come up with some elaborate plan to escape Edinburgh for 36 hours and head off to the wilderness and clear my mind. What tends to actually happen though is that I wake up and am a bit tired because my body realises it doesn’t have to do a show that night so relaxes and I just feel a bit sleepy for a day. Last year I took two tramadol painkillers and wandered around Edinburgh in a daze for about four hours. I hope this year to do something more productive like see shows.

CM: If you could recommend one show at the Fringe (not including yours, that’s a given!), what would it be?

CD: If you want to see my favourite stand up, go and watch Tommy Tiernan. In my opinion he’s the best comic in the world. If you want to see a bit of unnerving, immersive theatre, go and see ‘Cut’ at the Underbelly Med Quad. It’s unlike any theatre you’ve seen before (and stars my girlfriend)

CD: One of the most common ‘favourite fringe story’ topics is a good old fashioned meltdown. My favourite comedian meltdown (and i’ve had some belters myself) was John Robins’ in 2009. Me, John, Chris Martin and Benny Boot were sharing a house and having a lovely fest (if a bit boozy). We were holding it together mentally but knew one of us would break sooner or later. One night in the last week, John hit the skids and got hammered and went on a rampage around the house. He burst into my room and sprayed me with a powder fire extinguisher, then went and did the same to Chris. He did this while singing Van Morrison at the top of his lungs. He then went and passed out in his room. The house was a right off! He was massively apologetic the next day and cleaned as best he could and we obviously forgave him as know that anything goes at the fringe.

CM: That’s everything – any closing words?

Carl Donnelly: Bad Man Tings takes place at the Pleasance Courtyard everyday (not 17th) at 20:30 until the 28th August 2016.