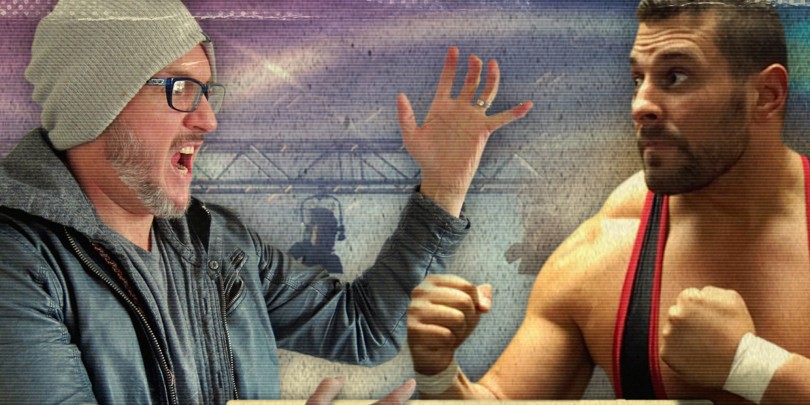 Let’s start off by stating that I’m new to the wrestling world, my introduction being The Wrestling 2 at the Fringe last year (where 20 comedians and wrestlers are put in one ring for a battle royale), so I was slightly preemptive that the show could not be for me, with the possibility of needing to go in with a good knowledge of the “sport” to enjoy – but this is not the case in the slightest. Hosts Brendon Burns and Colt Cabana do a splendid job of giving context to all the bad wrestling clips before and after, making sure you never miss out on a joke – if you’re an existing fan already though, don’t worry, it’s nothing too long!

The rapport between the two hosts makes the show, I could easily watch the two squabble for an hour straight and still be entertained. Burns’ comedy goes in tandem with Cabana’s wrestling history, to create an entertaining duo. While on the subject, I’d also be really interested to see a solo Colt Cabana show at the festival alongside this! The relationship between the two is spiced up with special guests, this run has included Josie Long, Daniel Sloss, John Hastings and Vir Das.

If you’re a wrestling fan, want to get into the world of it and/or a fan of any of the guests/hosts – then make sure you catch the show at some point.

Brendon Burns and Colt Cabana Do Comedy and Commentary to Bad Wrestling Matches! is on everyday at the Pleasance Dome at 10.45pm until Sunday 28th August 2016.