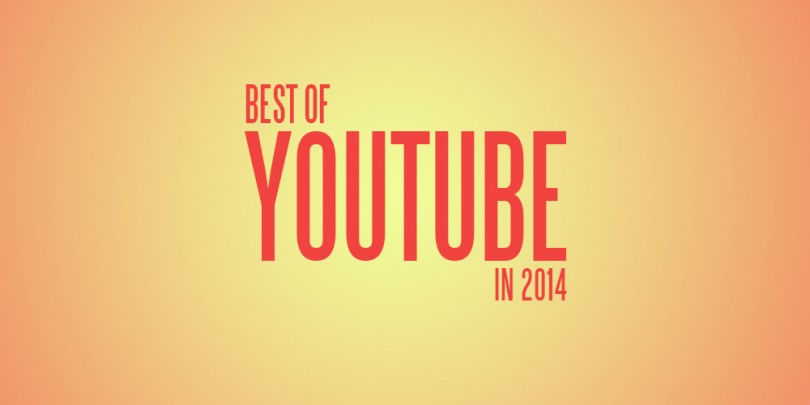 YouTube is growing more than ever, with over six billion hours of video content been consumed every month, within that is some of the best entertainment we watch. Here’s our best picks from 2014.

Following a re-brand earlier this year, GameOverGreggy transformed into Kinda Funny. The channel is ran by four best friends; Greg Miller, Colin Moriarty, Tim Gettys and Nick Scarpino. You can expect a wide range of content from the channel, from the GameOverGreggy Show, a podcast in which they discuss a truly wide variety of topics, Follow The Liter, a how-to guide on some delicious cocktails, A Conversation with Colin,  says it all in the title and other brilliant content, including five-hour Monopoly sessions! We’ve decided to showcase two videos to show how diverse the content can range from, the first one is taken from the GameOverGreggy Show.

The reason why this channel stands out so much is that you do feel like the fifth person in the room, something that they emphasise throughout, making you feel part of the show. Personally, it’s been crazy to seen this channel develop over two years, especially with the launch of being able to support them through Patreon, of which has helped them to grow even further, recently recording an episode with Kevin Smith.

Tom Cassell, the British star made his name in the gaming community with his Call of Duty Zombies content, following this with the ever-successful, The Minecraft Project. These are just a few of his popular series’ on YouTube, gathering an impressive 8,337,461 subscribers. Live-streaming has taken hold this year and Cassell has fully embraced this, offering lengthy videos both on YouTube and Twitch where he streams daily, offering a more off-the-cuff viewing experience.

As well as the gaming videos, we’ve also had a glimpse into how a successful YouTube star leads their lives, we’re given an insight through his vlogging channel. This year viewers have seen the completion of his newly built house, alongside his travels across the globe.

Chris Stuckmann is a film reviewer, this may sound basic but it’s so entertaining for any film buff to watch. The reviews come across as if you were in conversation with him, he doesn’t worry about going against the crowd with his views.

One of the best bits of content from Stuckmann this year was when he was given the opportunity to interview Sean Bean, offering an engaging interview with the film star. Personally I would love to see more of these in-depth conversations by Chris in 2015, but if not, the content he’s producing now is top-notch.

The video production house, created by Freddie Wong has continued to escalate in popularity throughout 2014, with series three of  Video Game High School launching, proving that web-content funded by crowdfunding can produce crowd-pleasing TV-esque entertainment.

Alongside VGHS has been the continuation of successful shorts, recently recruiting the one and only Jimmy Kimmel. The journey that this channel has made has been amazing to watch, becoming a pioneer for web-content breaking through into the mainstream.

Inside Gaming has had a brilliant 2014, crossing the Atlantic for a trip to the UK and launching their conversational podcast tackling all the big topics in the gaming community, it’s been brilliant to see the IG personalities express themselves more in this long-form content, while also enjoying the short daily videos.

Not only do we get gaming news from the channel and the weekly Q&As, we also get to see their crazy gaming antics, from Steam Roulette to their near-impossible GTA races, embracing the community, especially Katy Bacon!

Finally we cross-over to the sister channel of Inside Gaming, Machinima ETC. The one-stop shop for all your entertainment news needs. Expect to hear about the latest technology and lots of stories about crazy people from Florida.

As well as the ever-successful Creepy Text Theatre series, we love the way they embrace Reddit, whether that may be from the Creepy Text Theatre, something that would fit right in place on the front-page of the site, to their Ask Us Anything series.

That’s our best of YouTube in 2014, be sure to tell us what channels you’ve loved and what will be the next big thing!