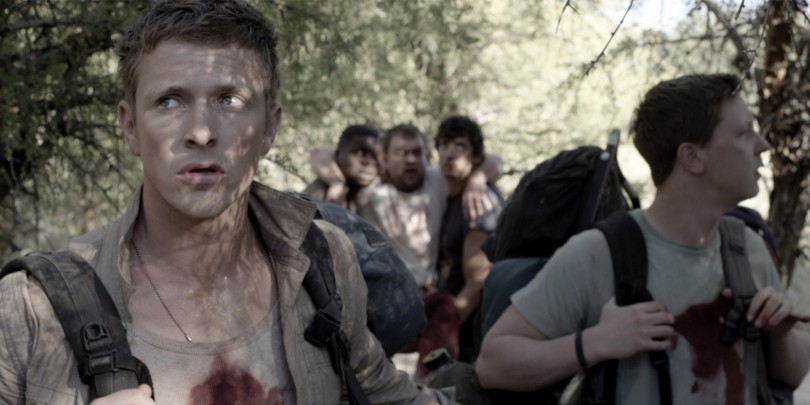 Horror Movies, the phrase sends a shiver down my spine but not because they scare me and I don’t enjoy them, if anything it is the exact opposite I love a good scary horror film. It is those two words that are important though, GOOD and SCARY, Horror is by far and away the most popular genre of cinema and like anything that is popular you end up in a situation of high volume of films being made with only a minuscule percentage of them being exciting, engaging and most importantly SCARY.

One trick that has become more popular in recent years is to make your Horror film cross-genre or even to create a new sub-genre, good examples of this are classics like Edgar Wright’s Rom Zom Com Shaun of the Dead(2004) or the shaky camera sub-genre popularised by The Blair Witch Project(1999) and then modernised by films like Paranormal activity(2007). This is what Bachelor Games tries to do by taking the traditional Slasher/hunter sub-genre and mixes it with elements of thriller and dashes comedy, the story centres around 5 mates who have travelled to Argentina to trek through the mountains for their mates stag do (as you do), but things do not go to plan.

It is this overused Horror narrative that sets in motion, what seems like, a never ending list of every Horror troupe in the book, an ominous flash forward opening, an elderly figure describing the monster for the audience while our characters dismiss it as nonsense, only to be terribly mistaken later on. These clichés build to a central climax that to be absolutely honest (this is going to be hard to say as an Art film aficionado) I didn’t see coming (argghh yep that hurt), and so after almost falling asleep through the first 40 minutes my interest was momentarily peaked. It was sadly a very short moment because what I then expected the film to do at this point was completely flip its visual and narrative style, to make me realise that all those troupes earlier on were intentional to help us understand that the more you reuse certain Horror element the less scary they become. But to my misfortune I was let down as the next 40 minutes were exactly the same as the first; slow, lacking scares and altogether very dull, the main reason that it felt dull is that it lacked the key feature of even an average Horror film and that is likeable characters. In the case of this film they were on the back foot from the start as it’s never going to be easy to write likable characters when your story focuses on LAD’s on a stag do making casual sexist and homophobic comments, which is believable for these type of characters but then that asks the further question of why are we still making films like this. In the end however hard their crew tried to make the film look good(visually I have seen much worse low budget films) they were always fighting a losing battle, in my opinion they’d of been better off saving that location money and spending it on a progressive, upcoming writer with an exciting original idea.

Bachelor Games is available on iTunes from Friday 8th July 2016.