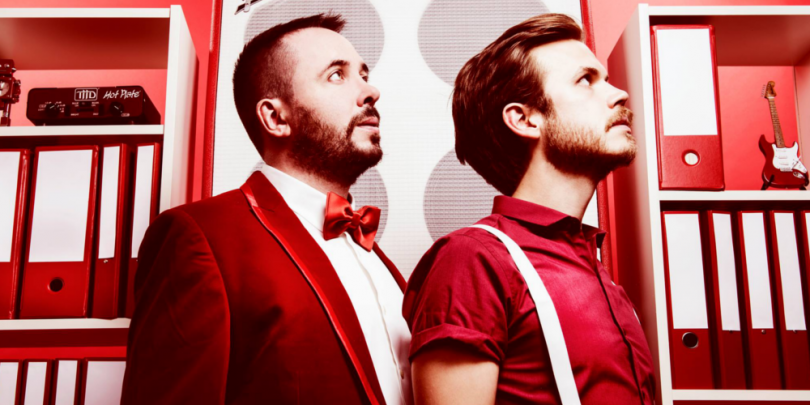 Abandoman are an Irish improv hip hop act, it may sound random and you’d be right, but it works, it works very well in fact. They have returned to the Fringe with their new show, Hot Desk, playing the giant Underbelly for the second year running. This year they are working for P-Diddy and they have an hour to write some music for the big boss, of course with help from the audience!

Compared to previous years, the show is shaped more than ever by the audience, Abandoman seem to know that the plot to the show doesn’t really matter now, it’s the audience that makes it. However, they use the storyline of working for P-Diddy very well, with some funny gags popping up throughout.

Over the many years of them performing as Abandoman, they now seem to be able to pick the perfect people to use in the show and also in the case of the show I went to, they can pick the most awkwardest of people and make a joke out of them until they start to get on board.

Abandoman really are what the Fringe is all about, variety, audience interaction and just generally having a good time. This is a show that you should not miss!