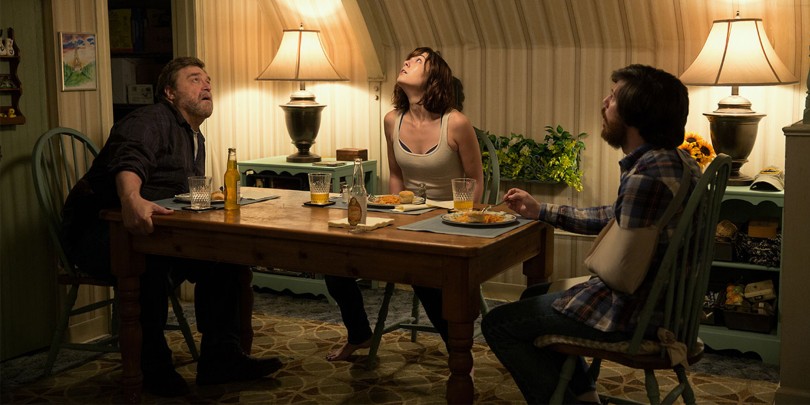 To celebrate the launch of 10 Cloverfield Lane, which is released across the country today, we were invited to come and escape the bunker from the film – here’s what we thought.

On a Friday evening, between a car garage and waste disposal yard in north-west London, we were taken upstairs to a small room resembling the bunker from 10 Cloverfield Lane. As the door shut, our team of four were set with the task to try and escape…

Riddled throughout the three sub-sections of the room, there were little easter eggs from the film including the acid barrel, the gas mask and some classic board games, but ultimately this left me wanting to turn on the old-school television and stick in a copy of the film, rather than follow the simple puzzles.

The major downfall of the room was the complete lack of tension; there was no music, no explanation of why we so urgently needed to leave and simply no narrative to derive our motivation.

Ultimately billed as a 45-minute experience, we finished in 20. The most agonising thing about this room is that it was so close to being great, just falling short of those tiny details and more complex puzzles!

10 Cloverfield Lane is out now on DVD, BluRay and Digital HD!