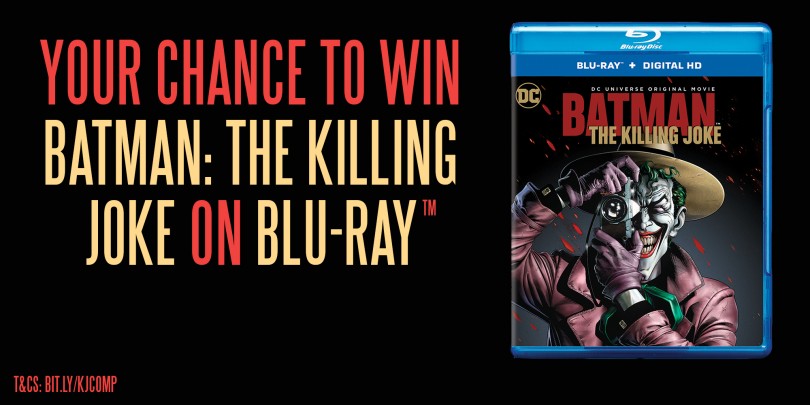 To celebrate the release of Batman: The Killing Joke, out now on Blu-Ray, DVD and VOD, we’re giving away THREE copies in our competition!

Based on the acclaimed DC graphic novel of the same name, “Batman: The Killing Joke” takes a journey into the dark psyche of the Clown Prince of Crime – from his humble beginnings as a struggling comedian, to his fateful encounter with Batman that changes both of their lives forever. Years later, and now escaped from Arkham Asylum, The Joker devises a plan to prove that one bad day can make anyone as insane as he is. It’s up to the Dark Knight to put a stop to The Joker’s latest scheme and save one of Gotham City’s finest.

To be in with a chance of winning this brilliant prize, watch the trailer before
answering the question below…

Now it’s time for the question!

Create your own user feedback survey

Batman: The Killing Joke is out now on Blu-ray, DVD, Steelbook and Digital Download. See below for two more chances to win.

WIN #BatmanKillingJoke on #BluRay – simply reply with who voices the Joker and RT! T&Cs: https://t.co/xtu9cvbNm6. pic.twitter.com/W26agDZkQt