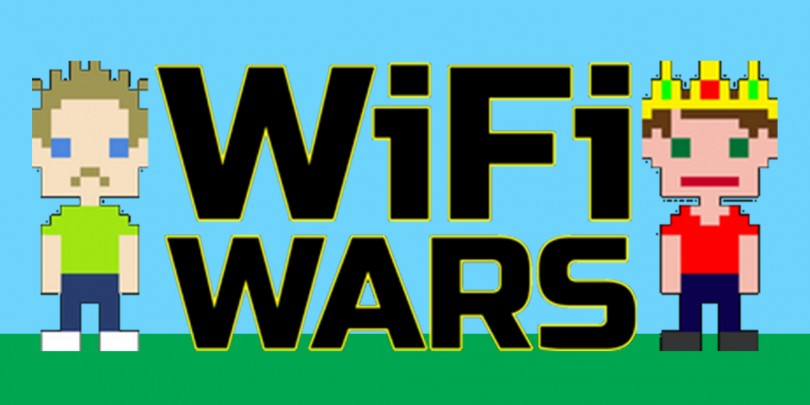 Back in 2013, a small show called Go 8 Bit involved drunk comedians playing video games in a boiling hot room in the heights of the Pleasance Dome, in the year’s since they’ve come a long, long way. Now heading back to the Fringe, just before their TV series on Dave launches, the show has turned into a different beast; Wifi Wars.

This is my third time seeing Wifi Wars, and every time the technology has constantly evolved with more complex and innovative games, to the point where I wonder what can be next. If you’re not clear on the set-up, you’re split into two teams with games beamed directly to your phone browser (so make sure they’re charged). With such challenging tech behind it, there’s the occasional crash – but if you’re coming to the show, you should expect that being a gamer!

There’s such a welcoming atmosphere as you enter the room, it’s one of those shows where anyone is welcome – whether by yourself or as part of a larger group. Everybody comes together for the sake of the team! The trials and tribulations that are created through the hour will leave you with some very show-specific memories. It’s something you wont want to miss.

Wifi Wars is going on tour throughout the UK from September. Click here for all the dates.