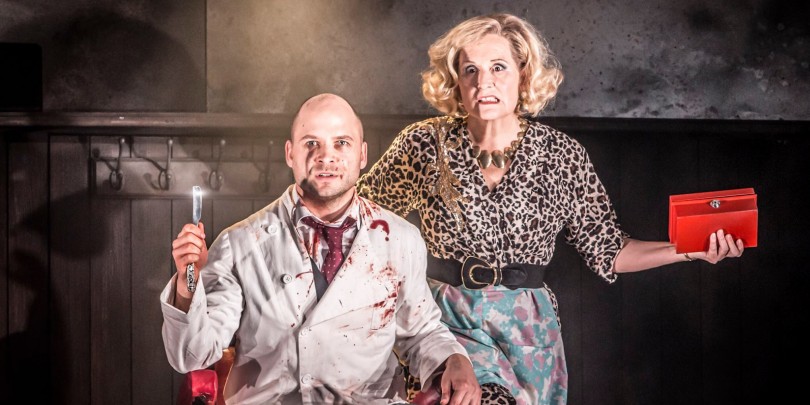 Reviewed on Thursday 15th October 2015 at the Mayflower Theatre, Southampton.

The Welsh National Opera have revitalised the classic tale of Sweeney Todd, taking the seasoned musical on the road across the UK putting their own touch on the show.

With this being the first time seeing Sweeney Todd on stage, I was pleasantly surprised by the writing and musical aspects of the show but there were problems, the story has considerable bulk with the pacing dropping at the start of the second act, some fine tuning in the adaptation is still to be had.

Set design stands out amongst the production; it’s intelligent, thought provoking and most importantly, adaptable. There’s no time wasted from scene to scene and your attention is never taken away from where the action is taking place. For what is ultimately three shipping containers, it’s the best stage design I’ve seen in years.

The cast are all on the same page bringing terrific performances from the leads, however the romantic interest between Johanna and Anthony simply does not work, possibly down to the performances and/or the writing. Also, casting three crucial characters as white, tall, bald men may not of been the best of decisions if you’re sat at the back of the auditorium!

Ultimately though, the night was severely flawed by the technical audio issues. The basic orchestra completely drowned out the voices of the ensemble, causing for the dialogue and songs progressing the story to be buried under the instruments. If this was to be fixed, the show would be a must-see but for now, it needs some balancing.

The Welsh National Opera’s Sweeney Todd continues on the road to Bristol,Llandudno, Oxford, Liverpool, Birmingham and Cardiff. Tickets can be purchased by clicking here.