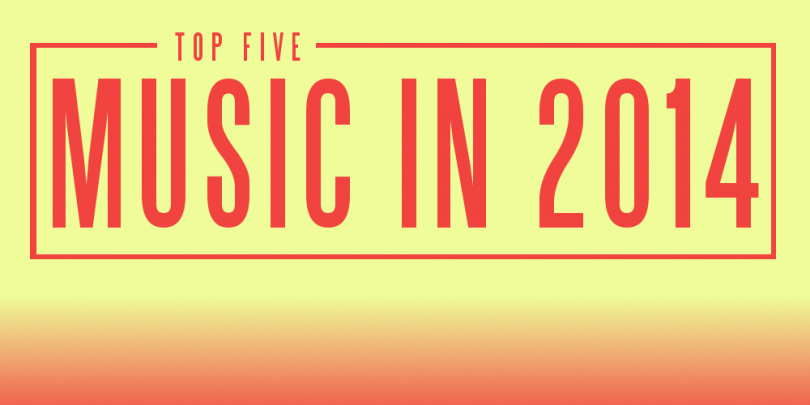 It’s come to that time where we look back on the year, reflecting on what albums impressed us the most and may of been missed of your radar. Here’s our top five albums of 2014….

Annabel Dream Reader by The Wytches*

The Wytches are my favourite band of the year. I was acquainted with them early in the year and was surprised by how defined a sound they have. Most modern bands struggle for an album or two just trying to find their sound but The Wytches had that down on their first try.

It’s been a fantastic year for rock duo, Royal Blood, with their self titled début album releasing to critical praiser. The catchy rock riffs have even earned Dave Grohl’s seal of approval, with the band supporting the Foo Fighters on their world tour next year.

I may be a bigger fan of St. Vincent’s previous album, Strange Mercy, but I do have to admit how important this album is for St. Vincent’s career. I had the opportunity to see St. Vincent live this year and it really showed how great this album is. St. Vincent was able to put together an immense stage show, perform on multiple TV shows, and even be a part of that Nirvana reunion. 2014 was a great year for St. Vincent and the album was just the beginning of it. You can read our full review here.

The follow up to a massively successful début album is always going to be struggle but Ed Sheeran has managed to pull it off, featuring tracks with a new sound such as Don’t, while also remaining with classic Sheeran such as Thinking Out Loud, there really is something for everyone. It has also been interesting to see how he has managed to transpose this new sound to his live sets, upgrading his loop pedal allowing for more complex mixing while on his lonesome.

A lot of artists released follow up albums to their previous, well-received album, this year. A lot of those albums felt lackluster in comparison to their predecessor. The one album that built on the hype of the last one was RTJ 2. Run The Jewels made the best Hip-Hop album of the year by taking the success of Killer Mike and EL-P’s duo chemistry and adding even more to it. The beats are bigger, the rhymes are surpassing everyone else in the game, and the larger list of features make this album even more of a cohesive experience (something that usually never happens).